People We Don’t Like: When Others Push Our Buttons
By Lori Deschene 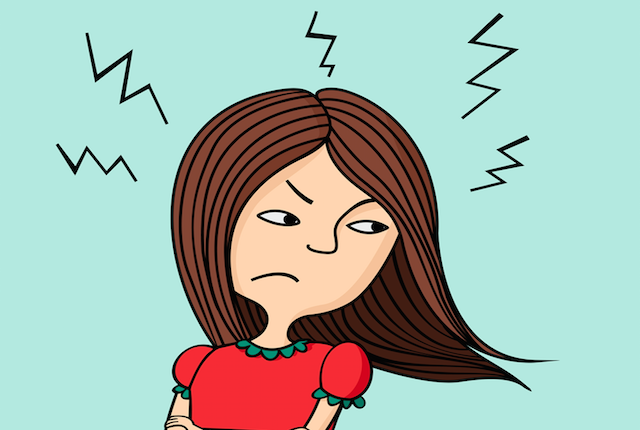 I have a confession to make: there’s someone I know who I really don’t like.

I know this isn’t exactly front-page news. It’s not like I’m the first person to ever dislike someone else. But this situation has brought me face to face with all my strongest relationship triggers.

I find it incredibly difficult to do all the things I’ve written about when it comes to this person. Let’s call him Harry. (I’ve never in my life met a single person named Harry, but let’s just roll with it.)

I regularly find myself wanting to judge Harry before giving him the benefit of the doubt—even though I know I’d want that courtesy if I did the things he did. But that line of thought brings me back to judgment, because I remind myself, “I would never do the things he does.”

I find it easy to suspect him of poor intentions and conclude that maybe “he’s just a jerk,” even though I know that I get to decide what meaning to give his actions, and I also know that things are rarely black and white.

I’ve decided to break these down, one by one, to see what there is to learn in this situation.

We’re always talking about letting go of judgments; is it possible that sometimes, someone is just a jerk?

I’ve wanted to use this label for Harry because of assumptions I’ve formed about his behavior: that he thinks he’s better than other people; that he’s really selfish, despite pretending to be caring and well-intentioned; and that all of this amounts to unfairness.

When I break this down, I realize the “he thinks he’s better than me” assumption goes back to my childhood experiences with being bullied, when I felt inferior to most of my peers—and their actions seemed to reinforce that.

The “he’s selfish” belief is a projection of my own fear that I’m actually a selfish person (something I’ve wrestled with all my life, no matter how giving I try to be).

And the conclusion about “unfairness” relates to my life-long aversion to all things unjust—both a response to my childhood and a natural human reaction.

When I pull it all apart like this, I realize I’m having a strong emotional reaction based on lots of things that aren’t solely related to him.

So my desire to sum my feelings up with one harsh label isn’t only about his actions. It’s also about my past experience.

And when I really think about it, whenever I’ve wanted to label anyone as a “jerk” (or something stronger), I’ve dealt with these same (and other related) triggers.

That doesn’t mean no one has ever done anything to justify my anger. It’s just that usually, when I feel unable to access even a shred of understanding or compassion, it’s because there are strong layers of resistance, reinforced by years of my own pain, in the way.

I suspect that’s true for most of us: the more tempting it feels to give someone one reductionist label, the deeper and more complex the triggers.

This brings me to the next question…

Is it judgmental to decide someone’s actions are “wrong” when you feel strongly opposed to them?

While I realize there’s a lot more contributing to my feelings than his actions, that doesn’t change that I don’t agree with everything he says and does.

Once I peel away the layers of my complex response to him, I can then objectively ask myself, “Which of the choices he makes don’t feel right for me?”

This isn’t judgment—it’s discernment. It’s forming an assessment without the emotional weight behind it. And it’s essential to maintaining my own moral compass and forming boundaries within my relationships.

That means I don’t need to label him anymore. Instead I can say, “I wouldn’t make the choices as he makes, and I don’t want someone in my life who makes them.”

The positive consequence: I give him far less power over me and my emotions. He’s not wrong—just wrong for me.

And then that brings me to the last question…

Just because we know that someone’s actions trigger us, does that mean they shouldn’t be accountable for their actions?

Now that I’ve accepted responsibility for my reaction to him, and acknowledged that his choices can make him “wrong” for a friendship with me without making him universally “wrong,” I no longer need to “hold him accountable.”

But if I were to want to maintain a friendship with him, I’d have two choices: accept him as he is, or share my reactions to his choices and let him into my process.

I know from past experience that people rarely respond well when they feel judged or attacked.

But people sometimes surprise us when we explain how we feel in response to the things they do—not because they’re responsible for our feelings, but because they care about them.

And if they don’t care, well, this brings us back to the first two parts: It doesn’t make them jerks. It just gives us a reason to be discerning about whether or not we want to care about them.

So where has all this left me? I’m going to continue peeling away the layers of my issues around others “being better than me” and my fears of “being selfish.” And I’m going to silently thank Harry for reminding me to continue doing this work.

Then I’m going to stop communicating with him. Because as much as I value the gifts he’s given me, I value myself enough to realize he’s given a lot more that I don’t want to receive.

Have you ever felt a strong reaction to someone else and realized it had a lot to do with your own triggers?

3 Ways to Decide Whose Opinion of You Matters