Releasing Resentment: Who You’re Really Angry With and Why
By Melissa Dinwiddie 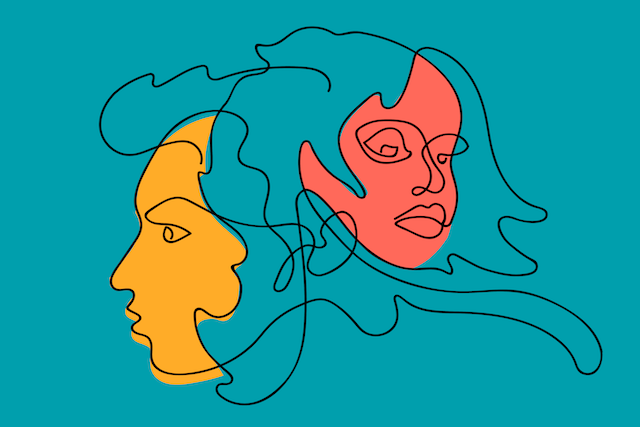 “Resentment is like taking poison and waiting for the other person to die.” ~Malachy McCourt

I didn’t particularly want to kiss him, but it had been a benign first date, and I didn’t know how to say no without hurting his feelings.

We were standing by my car in broad daylight, and what could be the harm, right? So I rather unenthusiastically nodded my head.

He, on the other hand, was quite enthusiastic, more than I was prepared for.

As he leaned in, I closed my eyes and endured the kiss, which most definitely did not tingle my toes. And it went on longer than I wanted, because, again, I didn’t know how to end it without hurting his feelings.

So I waited. And after enduring a second, even longer, more enthusiastic and less-desired-on-my-part kiss, I finally managed to extricate myself, thank him for lunch, slip into my car, and drive away.

I was relieved to be done with that date, and I was quite honestly annoyed. No, strike that—I was resentful.

This perfectly inoffensive man had now acquired a downright unpleasant aura in my mind. Couldn’t he read that I wasn’t interested? Why did he have to pull me into a second kiss? Oh, how I resented him!

As I navigated the waters of online dating in search of a compatible life partner, scenarios similar to this one played themselves out over and over.

After (I kid you not) fifty-seven first dates in a two-and-a-half year period, I’m of the opinion that there may be no greater route to self-growth than dating, if you go about it with the amount of self-examination that I did.

One of the great gifts I got from my quest for a life partner was the realization that I needed to get clear in my own head where my limits were, before leaving my house for the date.

In fact, I needed to learn to set limits in a lot of areas of my life, and it was dating that taught me how. Before I gained this clarity, though, I got very familiar with the emotion of resentment.

I remember one moment, as I stewed with resentment toward a thoughtful, considerate, perfectly wonderful man, that I had an epiphany.

I’d allowed him to go just a tad further than I really wanted, but when I thought about it, the guy had done absolutely nothing wrong. He’d been a perfect gentleman, and would no doubt be horrified if he’d known his advances had been unwanted.

His good intentions and obvious respect for me forced me to question what was really going on here. Why was I resentful at him, I wondered?

The only one who really deserved the brunt of my anger, I realized, was myself. The guy was just following my hazy lead, and would have backed off in a heartbeat, if I’d simply asked.

That was when the light bulb clicked on over my head.

Everything changed in that moment.

When you’re trained to be a people-pleaser, like I was, setting clear limits is hard. It was easier to just go with the flow, and then get resentful and blame my dates when my true wishes weren’t magically honored.

It was easier to play the victim.

When I realized that my resentment wasn’t serving any useful purpose, and that it was really me I was angry with for not setting clearer, stronger limits, I could release the resentment and work on making the changes I needed to myself.

The more I took responsibility for my desires—or lack thereof—and set clear boundaries with my dates, the less victimized I felt. And the fewer unwanted kisses I had to tolerate!

And of course, taking responsibility for yourself extends to every area of your life, not just first dates! Learning to set boundaries and communicate them is an essential tool for anyone looking for a happy life.

Resentment is anger with oneself, misdirected at someone else through the lens of victimhood.

This simple statement was like a magic formula for me. It became my mantra for a while, helping me chart a less turbulent course through my dating days.

Time for a Recharge

Knowing something and always integrating it in your life are two different things, however. I recently discovered that I needed to remind myself of my resentment epiphany.

He does not, however, have any interest in physical exercise.

I, on the other hand, am rather more concerned with my fitness than your average Joe. But even so, I don’t always reach my goal of daily exercise.

I want to be fit, but I don’t always want to pull myself away from other things and get to the gym.

In a psychology class I was taking, I learned that low physical fitness is actually “contagious.”

It would be so much easier to go to the gym if my partner had any interest in being my workout buddy! And it was so much easier to resent him for not having such an interest, than to take responsibility for my own failings.

Thankfully, before I got too deep in the poisonous pool of resentment, I remembered my epiphany from years ago: Resentment is anger with oneself, misdirected at someone else through the lens of victimhood.

Yes, it would be easier to get to the gym if my partner were gung-ho to get there himself, but he’s not to blame for my lack of exercise, I am.

I was the one who chose to keep pounding away at the computer instead of going to the gym. The responsibility was mine alone, and any anger directed elsewhere was a pointless waste of energy.

Whew! I felt like I’d escaped a close call. Instead of stewing in resentment toward my sweetie, I was filled with gratitude for the lessons I learned during my dating days!

It was a good reminder. Now my antennae are back up again, watching for the niggling feeling of resentment so I can nip it in the bud before it blooms.

Whether it’s unwanted kisses or a visit to the gym, when you take 100 percent responsibility and realize your anger is really toward yourself, resentment melts away and makes space for greater happiness.