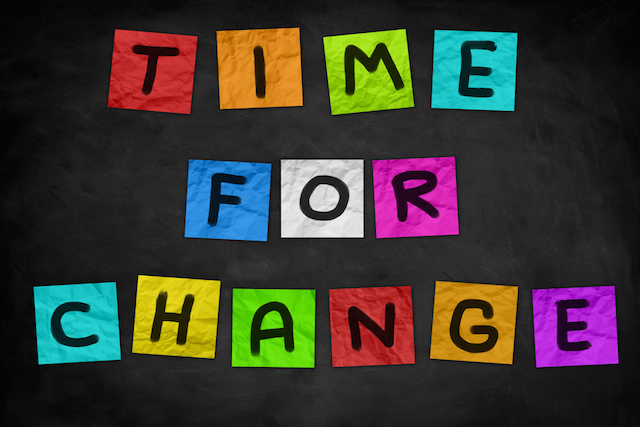 “Whenever I go on a ride, I’m always thinking of what’s wrong with the thing and how it can be improved.” ~Walt Disney

As a kid, I never realized how lucky I was to grow up less than an hour away from Disneyland.

I was spoiled by how often I would visit the park and get the whole Disney. Unsurprisingly, I have been a fan of Walt Disney and Disneyland since I was young. He was even the subject of my first book report.

When I was about seventeen years old I had an annual pass and spent countless hours in the park trying to absorb all the history and nerdy trivia I could.

This was about ten years ago, which also happened to be the same summer of their fiftieth anniversary celebration. Even during all the commotion of the fiftieth, I couldn’t get enough Disney! I decided to go back and learn more about Walt and his life.

Looking back, his accomplishments were both awe-inspiring and seemingly inevitable.

It was his determination and ingenuity that led to his almost guaranteed success, despite his limited education and resources. Especially when he was just starting out, despite some setbacks, he was always moving forward.

There are many great stories, quotes, and anecdotes about Walt’s life that made an impression on me, but one in particular has always stuck with me.

Walt knew that his business was risky and that the best way to stay successful was to constantly improve what he was creating. This led to a principle known to all Disney employees as “plussing.”

It’s the idea that you start a project the best way you know how, even if it’s not perfect.

Day by day you make small adjustments to your project. Your focus becomes all about improving the project as you build momentum toward your goal. Even if you start slow, momentum is always progress and anytime you can see progress, it gives you confidence to keep going.

You don’t have to make movies or build theme parks to take advantage of this principle though. I have seen this play out and be extremely effective in my own life.

In August of 2014 I moved from Las Vegas to Denver. I went from living on my own to a spare room in my mother’s house.

I didn’t have a job when I made the move, but I quickly landed a part-time job in addition to the work I was doing on an online business I was building.

At the time I weighed about 280 pounds and had way more debt than I was comfortable with. I didn’t really want to admit it at the time (who does), but it was obviously an extremely low point in my life. My “scorecard” was not looking great.

It’s not that I hadn’t been trying to improve these situations; I had tried a lot of different solutions to my situation. The mistake I was making, which I can clearly see now, was that I was trying to pull off dramatic change overnight instead of working on steady progress.

I found a new diet that a lot of people had success with and I immediately ordered the supplies to give it a shot. After a few days of trying the diet and trying to stick with the dramatic change, I felt like I was failing, so I gave up.

Sound familiar to anyone else out there?

Trying to quit or stop something suddenly often doesn’t work out. If you haven’t created any momentum or new habits, it’s extremely difficult to make dramatic changes in short periods of time.

Changing your life is no small thing and it takes time. It may start slow but once you build momentum you also pick up speed.

Even if you set a simple goal of making your mornings less hectic and you don’t feel like you have a energy to make a change. That’s okay!

Start with the smallest change possible; all that matters is that you start. If all you can do today is untie your shoes, great! Take that step today and see what else you can add in tomorrow.

This principle has been working for me since I moved to Colorado, even before I was aware of it.

Instead of jumping into a drastic diet, I decided to go slow. I started wearing a Fitbit, which encouraged me to walk more and challenge friends to see who could walk more during the week. After a few months, that was my new habit, I started paying more attention to calories and how much I was over eating.

Even though I ended up losing the majority of those competitions, I was losing weight, which is all I really cared about.

In fact, as of a few days ago I am down to a little over 240 pounds. It’s not where I’m stopping, but it is drastically better than any progress I’ve made and without any of the guilt or struggle that I had experienced before.

After living in Colorado for less than a month, I decided to scrap the website I had been working on. I was trying to build a community through this website, without first being involved in that community—rookie mistake. Things weren’t panning out like I had hoped (duh) and I realized I needed to go in a new direction.

From this new direction I’ve continued to make constant but minor changes, and I can clearly see the progress I’ve made. The results are not immediate, but they continue to improve more and more over time.

I am still living with my mother which is not where I want to live at twenty-seven years old, but I’ve definitely moved closer to my goals since arriving in Colorado. In fact, my car is even paid off, another first for me!

The positive changes I’ve experienced since that move and really throughout my entire life are because of small but constant adjustments. When you think about it, that’s how all great things are achieved. One small improvement at a time.

It’s the principle behind the couch to 5k training program, it’s what led Edison to a working light bulb. It’s the principle that guided a relatively poor and uneducated farmers son from obscurity to being one of the most successful and iconic businessmen of the 20th century.

I figure, if “plussing” worked to make Disneyland a success, it can probably help you make a positive change in your life.

Actually, that’s my challenge to you. Wherever you are in life, whatever you are trying to achieve, take a minute to think about how this principle can help you reach your goal.

What one action can you take today? It doesn’t matter how small it is; take that step. Even if that means that all you do is untie your shoes so it makes tomorrow morning a little less hectic.

Start there and keep going, take tomorrow’s benefit and turn that into even more progress the following day. If you miss a day, it doesn’t mean progress is over or you’ve failed. It is only a delay, treat it as such and keep moving toward your goals.

Adrian Fregoso is a writer, podcaster, tweeter and life-hacker who has made it his goal to help people live a better life. He focuses on the small changes you can make that add up to big results! Check out his writing and podcast by visiting his website, AdrianFregoso.com.

The Magic of Momentum: A Simple Path to Achieving Any Goal

Instead of Fearing Change, Get Excited About Progress