How to Tell When Someone Needs a Friend
By Kayla Matthews 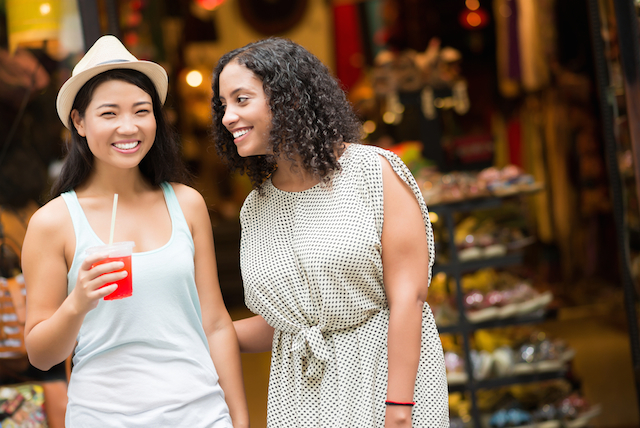 “Don’t wait for people to be friendly. Show them how.” ~Unknown

When I was in high school I was shy, to say the least. I guess a more accurate description would be to say that I was insecure. Painfully insecure.

Looking back, I don’t know why I cared so much. But I did. I was too insecure to ever say hi to anyone in any of my classes, or to try to sit with anyone new at lunch.

There were even some days when I went through the entire school day without speaking a word. I felt utterly alone and certainly friendless.

One day, though, for no discernible reason whatsoever, a kid on my school bus started talking to me. He lived a few houses down the road from me, and his sister went to the same elementary school where mine did.

We didn’t really talk about anything all that significant, but he seemed to actually be listening to what I had to say, and I felt like someone really cared about what I had to talk about—even if it was nothing at all.

I’ve tried to model myself after this guy since then. To be a genuinely good listener and to go out of my way to help someone who looks like he or she is having a bad day. It’s a great feeling—feeling like someone wants to hear your thoughts.

But it can be pretty easy to get caught up in the on-goings of our daily lives. So much so, that we may not notice when others around us need someone to talk to.

Being able to recognize the signs of someone in need of a friend is important. It’s important to that person because loneliness not only makes you feel bad, but it has also been linked to health problems like higher stress, a negative life outlook, and a less-healthy immune system.

However, being able to recognize when someone is in need of a friend can be important for you, too.

The more people you reach out to and form meaningful relationships with, the more friends you will have. This helps fulfill your biological need to be social and can give you extended support systems and greater life happiness.

So often, though, we don’t want to reach out to others in need of a friend because we’re “too busy” with what we’re doing at the moment or because we simply don’t notice the signs that they need someone to talk to.

But we need to notice, and we need to care enough to do something about it when we notice.

More than 800,000 people worldwide commit suicide each year, according to the World Health Organization. And while my purpose in writing this is not to focus on suicide and its prevention, I think it is worth mentioning that having a friend to talk to could do a lot for a potentially suicidal person. It can do a lot for any person.

Here are some subtle signs that someone might be in need of a friend. Take a few minutes of your day to ask them how they’re doing, offer a smile, or just shoot the breeze with them.

They often do things by themselves.

This could just be shyness, or it could be a sign that someone is uncomfortable reaching out to others.

If you know someone who tends to stay removed from groups and conversations, they might simply need someone else to take the initiative. Many people want to talk to their coworkers and peers more—they just don’t know how to start.

Pay attention to acquaintances who regularly ask what you’re doing for the evening, what you think of the weather, and if you saw the latest episode of whatever show you both watch.

True, sometimes such small talk is just polite conversation made to ease an awkward silence, but it can also be a sign that someone needs a little human interaction. Try to ask them a few questions about their plans now and then, too.

Their hobbies are their entire lives.

A 2011 study published in the Journal of Consumer Research suggests that lonely people sometimes form attachments with their possessions or hobbies because they don’t have enough social connections to feel fulfilled.

So yeah, you may find it kind of odd that your coworker collects and names various kinds of plants, but that person might just need a friend to offer their company instead. Take the initiative to ask the person about their hobbies and establish some things you have in common with them.

They spend way too much time on social media.

To some extent, we all spend a little more time on Pinterest and Facebook than we should. But if you know someone who is not only on social media all the time, but is also talking about it all the time, that person may simply not have enough real life friends to put their social friends in perspective.

They ruminate on negative things.

According to research published in the journal Current Directions in Psychological Science, lonely people tend to spend more time focusing on stressful experiences. People who tend to dwell on their negative experiences—even the seemingly small ones—are likely spending too much time alone.

That driver who cut your coworker off in traffic last week? Still an issue. However, it might only be an issue because that person isn’t getting the external social stimuli he or she needs.

While one of these signs could warrant taking a few minutes out of your day to ask how someone is doing, someone who displays several of these behaviors might really need a friend to hang out with. Make yourself available for a movie and some drinks, or suggest getting together over the weekend to check out that hiking trail you’ve been eyeing up.

Granted, you won’t be able to help everyone. People suffering from a serious medical condition like depression or a bipolar disorder may be less receptive to your “Hey, man, how’s it going?” But that’s no reason not to try.

And as far as that kid on my school bus who spoke to me way back when, I still remember him and think about him often. Granted, I did end up marrying him, but that’s another story for another day.

Kayla Matthews is a productivity blogger with a passion for helping people improve their lives, especially in positive and healthy ways. When she isn’t blogging away on her personal site, Productivity Theory, you can find her on Lifehack.org. Follow Kayla on Google+ and Twitter to read all of her latest articles.

Stop Looking for Signs and Trust Yourself