Dealing with Toxic Friendships: Accepting, Forgiving, and Moving On
By Katy Cowan 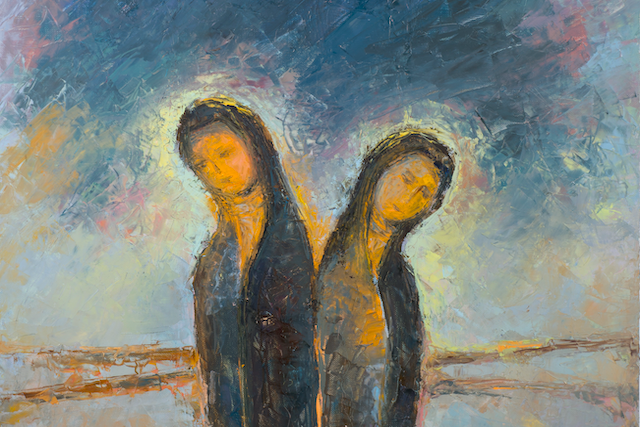 I used to have a friend who wasn’t good for me. She would put me down at every opportunity. If she saw me laughing and smiling, she would say something to bring me down. If she saw I was making progress, she would try to hold me back.

Sometimes I’d hear about things she’d said behind my back. Or discover that she had been poisoning other people’s opinions about me. Even worse, I would find that she would tell others about my personal problems—things I’d discussed privately with her.

Obviously, I knew she wasn’t good for me. For a long time, I actually believed in her putdowns and thought there must be something wrong with me. But I tried very hard to rationalize her behavior because I cared about her.

I thought perhaps she hurt other people to lift her own spirits. Maybe she was just miserable and a lost soul herself. No matter what the reasons, I tried on many occasions to talk to her but her defenses would come up and she’d get angry.

In the end, I grew tired of her negativity, realized she was never going to change, shut her out of my life completely, and moved on.

Months, even years later, when mutual friends mentioned her name, my heart would jump and I’d relive the pain.

All the old questions such as “Why was she so angry toward me?” and “What did I do wrong?” would re-emerge and I would torture myself.

For a long time I was extremely bitter and angry about what had happened. I used to fantasize about all the things I would say to her face when I next bumped into her. I’d imagine how great it would feel to really speak my mind.

I also realized that if I continued to have negative feelings toward her, I would be poisoning myself and prolonging the suffering. I would be making myself unhappy when there really was no need to do it.

Today, I have forgiven my old friend. I am no longer angry or bitter toward her. I don’t take it personally when I still hear negative things she has said to mutual acquaintances. I don’t mind that she is still angry.

I only hope that she finds a way to make her life as positive and as amazing as possible. Don’t we wish that for all our friends?

Sadly, this issue of toxic friendships isn’t uncommon. I bet we all have people in our lives who leave us feeling miserable and drained of energy.

I also think that when we hang around with these characters, we hold ourselves back and increase our odds of becoming negative.

So what do we do? Do we abandon people if they’re bad for us? Or do we stick around to help them out?

The answer lies with the person in question. Only they can make the decision to become happy. It’s literally his or her choice, and no one else can force it.

In the meantime, all we can do is forgive them for their bad behavior and make ourselves happy by surrounding ourselves with positive people.

When we choose to associate with positive people, we tend to become happier and brighter and enjoy better lives.

But doesn’t this mean we give up on those negative friends? Surely, if we are to live a compassionate and kind-hearted life, shouldn’t we be there for them?

Maybe, if they acknowledge their bad behavior, apologize, and make an effort to change. Ultimately, we only want to let people in our lives if they’re prepared to be good friends.

In my case, I chose to move on. I have deliberately created a life that is full of interesting and positive people. My current friends are genuinely happy to see me happy.

They don’t get jealous if I’m successful; they encourage me. They don’t say horrible things about me behind my back; they say kind, loving things. They understand I’m not perfect and forgive me for my flaws. They make me laugh, and they enjoy seeing me happy.

This is what true friendship should be about.

If you choose to still hang around with bad friends, you can take comfort in the fact that they do make excellent teachers.

As the Dalai Lama said, “In the practice of tolerance, one’s enemy is the best teacher.” And Martin Luther King, Jr. once said, “Love is the only force capable of transforming an enemy into a friend.”

If you’re not ready to let go of an old friend who is bad for you, work hard to be there for them. Be patient and kind. Try to understand where they’re coming from.

If it becomes draining and their behaviors continue, it might be time to let go and move on. You wouldn’t wish to make any of your friends unhappy, so why harm yourself? Sometimes it’s better to understand that letting go is the only way.

When I think of my old friend, I hope that she is happy. Letting her go didn’t mean that I don’t care. It just means I want to be happy myself. That’s why it’s so important to forgive, love, and move on when you have to: We all deserve to be happy. We have the power to make it happen.

Katy Cowan is an author, journalist, and marketing professional based in the UK. She runs her own digital agency in Manchester and during her spare time she loves to help other creatives via her creative industries magazine Creative Boom.