Twisted Love: What I Learned from Being in an Abusive Relationship
By Frantzces Lys 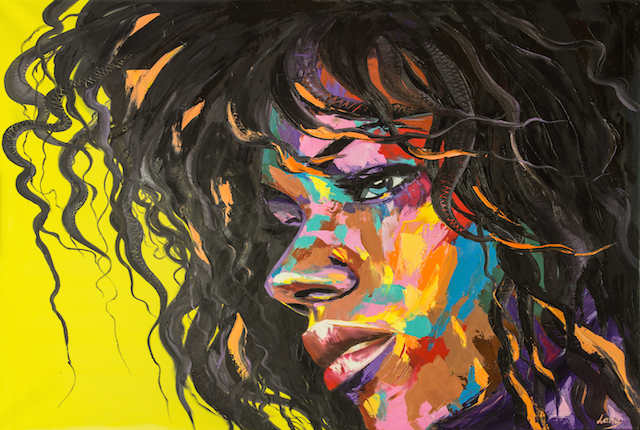 “Never wish them pain. That’s not who you are. If they caused you pain, they must have pain inside. Wish them healing. That’s what they need.” ~Najwa Zebian

Most of us don’t grow up and say we’re going to be killers.

Most of us don’t grow up and say we’re going to hurt people.

We don’t grow up thinking and planning to hurt ourselves.

But there are moments in our lives in which we’ve stepped outside of ourselves and made decisions that impair our lives. Decisions that remain with us for a lifetime.

Then we have difficulty forgiving ourselves because what we did went against everything we’ve ever believed. We wonder if this is who we’ve always been. We wonder if we’re able to change.

Pivotal Moments in Time Teaches Us Everything We Need to Know

I remember when I slapped my ex-girlfriend.

We were arguing for hours. She made a horrific comment about my son, and I snapped. I slapped her. I felt ashamed.

For the first six months of our relationship, things were great. Then I started to pull back. I realized I was too invested in her and not in my home life. I was not only caring for my son but also my teenage sister.

I went from being with her regularly to telling her I couldn’t stay. Because she felt abandoned by me, she became verbally abusive. When we argued I would walk away because I knew what was coming next.

She knew my vulnerabilities and every last dark secret of my soul. And she used them as if they were ammo in an Ak-47 to eviscerate me. This led to her becoming physical. It went on for months. We were held hostage by pain, fear, and a twisted love.

I found myself holding on to someone who bullied me but loved me, who wanted to love me despite my pain but hated me because of my pain. Most of the time I felt suspended in the twilight zone.

However, the relationship became more and more emotionally and physically abusive. It never seemed like it was abusive. It was common for lesbians to “have drama.” It was common to be pushed once, maybe twice.

But, I knew something was wrong when I started to hit back. I’ve never been in a fight in my entire life, and here I was brawling with the love of my life.

Relationships Do Have An Expiration Date

I grew up feeling undeserving of love. I grew up in a household of shame, of never feeling good enough. It makes perfect sense I would repeat this cycle as an adult with my most important teacher.

When someone calls you a pansy, a doormat, or says you’re too sensitive, it reaffirms that you have no self-worth.

I found myself finally fighting back.

I resisted for so long, and I took the beatings, the name-callings the same way I did as a child. But at that moment, I didn’t know who I was. I smashed objects to the ground, I kicked, I choked, and the both of us became other people.

During our last fight, I told her to leave. I couldn’t say any more sorries, nor could I hear them from her. I didn’t like who I was with her.

Often we stay in relationships way past the expiration date. It curdles and creates a sickness in our bodies. I checked out of the relationship because our relationship ended years ago but we both couldn’t bear to let the other go. Afraid of the solitude that laid ahead of us. Comfort erodes joy.

Tie Up Loose Ends Before They Crush You

If you have unaddressed pain and begin relationships with people who also have unresolved issues, these issues will surface in the ugliest and most unexpected ways.

We don’t train our thoughts and we don’t heal our hurts because most of us aren’t living from the inside out. We don’t know how to. Then we try to love each other, and it just doesn’t work.

You wouldn’t race in a Kentucky Derby without training. We enter relationships without making the necessary connections and insights from our childhood that made us who we are today.

We don’t learn to understand the person that looks back at us in the mirror. We haven’t developed ways to begin authentic introspection. But most of all we haven’t mastered our emotions. We’re emotionally stunted individuals who fight for what we lost in our childhoods just to feel it in our adult lives. We struggle to fill the deep craters in our souls.

My aunt was abusive out of fear. I learned later she was dealing with a bitter divorce. She emigrated to the States a married woman with three children (and me as a fourth), and within months her husband abandoned them. She didn’t know the language. And at one point was living in a homeless shelter. She was angry.

We never learned how to love. My ex-girlfriend didn’t learn it in her home, and I didn’t learn it in mine. People can’t give you something they don’t have. We can’t expect them to unless they are aware, willing, and have done or are ready to do the work.

We don’t know what we don’t know. But once we do know it’s our responsibility to change.

When We Learn the Lessons They Won’t Be Repeated

Being in an abusive relationship taught me the following things:

The world opens up to us when we begin to love ourselves. It’s going to be impossible to create loving relationships without first looking within and loving ourselves. This goes for both platonic and romantic relationships.

Two of the best books that started the process for me was The Gifts of Imperfection and The Power of Vulnerability. I soothed the abused child inside of me through compassion, love, and forgiveness. I began practicing the use of gentler and kinder words towards myself. A question I began asking is, how can I love myself more today?

We can’t control other people’s feelings; we can’t control if and how they heal themselves. It isn’t our responsibility to heal people. All we can do is have compassion, empathy, and love for them. What is under our control is our decisions to stay or leave, the way we react, and whether we reach out for support.

The inner critic will peer its disruptive head around the corner with the attempts to tear us down. It’s at this very moment we have to be gentle with ourselves by using compassionate and loving language. The more we do this, the more we minimize the sounds of the inner critic.

“Self-respect, self-love, and self-worth, all start with self. Stop looking outside of yourself for your value.” ~Rob Liano

Life often takes us on an unbearable path for reasons we may never know or understand. And sometimes we aren’t always able to assemble the puzzle pieces. But we aren’t beholden to our circumstances, and despite our situations, we can rise above, heal ourselves, and begin to live the best life possible.

Wherever we are in life, it’s never too late.

It’s never too late to begin loving from within.

Frantzces Lys is a former social worker turned life coach committed to helping people heal so they can create impossible futures. Visit her to co-create the life you've been waiting to live. She believes meditation and mindfulness can heal the world. Learn four easy ways to reduce stress in under 15 minutes.

How I Found the Courage to Leave an Abusive Relationship