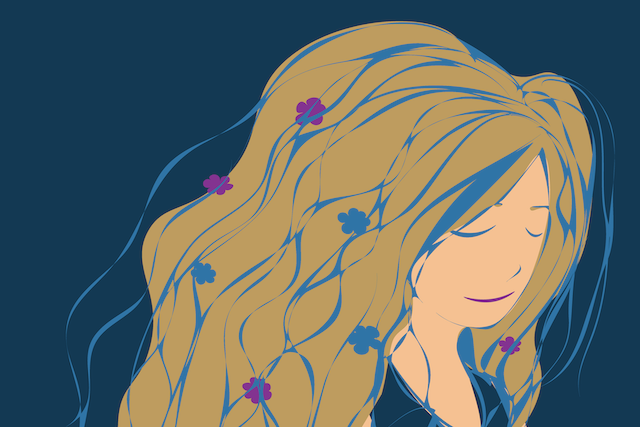 ”Be kind to unkind people. They need it the most.” ~Unknown

A couple weeks back I had what Alexander would call a no good, terrible, very bad day.

In addition to being physically exhausted, I was feeling emotionally spent. I’d been dealing with a high level of uncertainty, as my boyfriend and I were preparing to move yet again, after months of discussion about where we’d live long term.

Also, I was feeling a little disappointed with myself. I’d recently slowed my work down a bit, both to allow myself space to process my feelings related to the move and to work on some new creative projects.

Turns out, it’s poor logic to expect that I can simultaneously allow a tidal wave of emotion to wash over me and create something completely unrelated to those feelings.

So on top of fear and worry about the future, I was feeling guilty about “wasting time.”

In an attempt to improve my mood, I asked my boyfriend if he wanted to get lunch, but first I needed to stop at the post office to mail a package.

The line looked like something you’d see at Disneyland, except without the enthusiastic banter you usually hear when people are inching closer to Space Mountain.

My patience was right there with my bladder—the size of a toddler’s—and I really wanted to leave; but the sooner I mailed that package, the sooner I could stop telling myself, “Why are you doing nothing? You have to mail that package!”

I thought, “It will go quickly,” without any good reason to believe this was true other than wishful thinking. I couldn’t have been more wrong.

There were three people working at the counter: one helping people with passports, one giving mail to people who were picking it up, and one working with a customer who seemed to be mailing holiday gifts—five years’ worth, to friends, friends of friends, and friends of those people too.

I was four people away from the front of the line when it hit me—I really had to pee. But I’d already written on a padded envelope I’d gotten from their retail area. I couldn’t leave; I had to pay for it.

Sweating, with the sun beating down on me through the window, I started shifting my weight from leg to leg, texting my boyfriend in the car to let him know I’d be a while.

I felt annoyed with everyone—the postal workers, for not working more quickly; the other customers, for not having fewer things to mail; the manufacturer of my shirt, for not making it more breathable.

By the time I finally got to the front of the line, I felt ready to explode. I hoped this would be quick—here’s my package, mail it cheaply, have a nice day.

That’s not what happened.

The woman behind the counter told me I didn’t write the city legibly, and then began to write, even less legibly, on top of it.

Since I’m a perfectionist, and because this package and the recipient were important to me, this really bothered me—that it looked like I spelled “round” wrong the first time, then scribbled over it and said, “Yup, this looks good to go.”

Exasperated, I told the postal worker, “That looks horrible. I don’t want it to look like I can’t spell ‘round.’ Can I just get a new envelope?”

I ran to grab one, then looked at the winding line and panicked. What if she took another customer while I was writing, and it was someone else with a half-hour worth of stuff to do?

Then, while pressing the pen so hard it almost broke in my hand, I heard “Next in line.”

“Could you just wait one second?” I implored. It’s just such a long line, and I waited so long, and I’m like three pen strokes from done.”

She obliged, equally annoyed—after all, the winding line had greater implications for her than me. Then, after beginning to process my package, she said, “You have the wrong zip code.”

Thus began a ridiculous back-and-forth discussion about who was right—her computer, or my post-it note, backed by Google.

I really didn’t want to have to come back, and I didn’t want the package to get returned to me—at a place I wouldn’t be living at for long.

So finally, after arguing for a bit, while shifting from leg to leg and wiping sweat from my brow, I said, “Never mind. I’ll just pay for my two envelopes and go.”

I hadn’t yelled at her. I hadn’t insulted her. But I’d been rude. I’d been frustrated, impatient, and impolite. I’d vomited “bad day vibes” all over her, then left in a huff.

And I felt terrible about it.

I returned home and emailed the recipient to verify the zip code, and it turns out the postal worker was right—the recipient had given me the wrong one. It showed as the right address in Google because Round Rock has multiple zip codes.

I felt even worse then.

“This was so un-Tiny-Buddha-like,” I thought. “I should be better than this.”

Should. There was that word again. What’s the worst thing you can do when you’re having a bad day? Pile on reasons to feel bad.

So I decided to cut myself some slack. Did the postal worker deserve my attitude? Nope. Could I have been less volatile? Sure. Would it do any good to beat myself up over it? Absolutely not.

The next day, after getting a better night’s sleep, I went back to the post office again, armed with the correct address. This time, there was no line. I immediately saw the postal worker from the day before, rearranging some packing material in the retail area.

She seemed to arm herself emotionally, glancing at me, then quickly away, before saying, “Um, yeah.”

It felt strange and vulnerable to say this to a stranger, but I was sorry.

I was sorry because I imagine her job isn’t easy. And the sun was beating down on her too. And she didn’t get to run out when I did, to eat lunch, go home, and decompress.

She was doing her job—and a good job at that—and I was sorry I treated her poorly.

She looked at me, her body softened, then she reached out for a hug. I doubt she knew it, but I really appreciated that hug. I needed it.

“It’s okay,” she said. “I know how it is when you have an important package to mail.”

“I was just having a really bad day,” I said, “and you were right. I had the wrong zip code.”

Where I stood just yesterday, feeling rude and ashamed, I now stood feeling kind and proud. I doubt she knew it, but she gave me a tremendous gift. She reminded me that my worst moment didn’t have to define me.

I don’t know about you, but I’ve come to realize I’m a lot like that scribbled “Round Rock”—messy and far from perfect. I make mistakes. I’m not always kind or polite. Sometimes I let my emotions get the best of me. Sometimes I don’t deal well.

But maybe these little mistakes are big opportunities. Maybe the worst of humanity can give way to the best.

Maybe every moment of rudeness is a hug waiting to happen. Okay, so that’s kind of cheesy, and maybe a little idealistic. And I realize there are situations when people are far ruder than I was, and far less understanding than she.

But I know next time I encounter someone who seems impolite, I’ll remember how I felt that day. I’ll remember I’m likely not seeing them at their best, and this doesn’t define who they are.

Then I’ll look them in the eye and think to myself, “It’s okay. I know how it is. We all have bad days.”