What Happens When We Compromise Our Core Values
By Tim Brownson 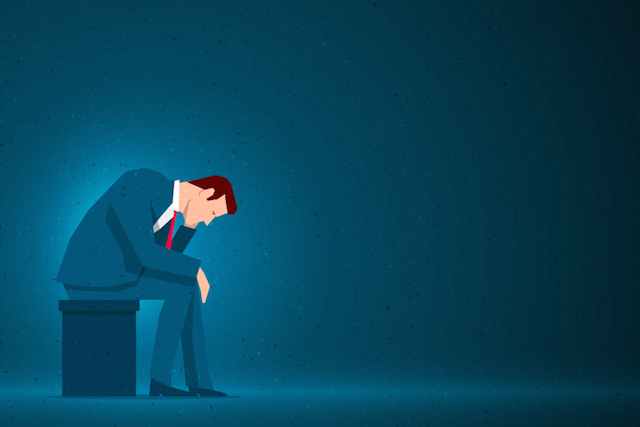 “It’s not hard to make decisions when you know what your values are.” ~Roy E. Disney

I got out of the car and could immediately tell that something was amiss. There were far too many glum-looking people milling around outside the building my meeting was scheduled to take place in. I worked for Yellow Pages at the time, and I regularly met with business owners who were interested in placing ads.

At that moment two burly men exited through the warehouse adjoining the office carrying a filing cabinet. A man who was carrying what looked like a paper shredder followed them.

There were probably ten men, most of whom were wearing coveralls, stood around smoking, talking in hushed tones and generally looking despondent

I turned around to look at my manager. She shrugged and motioned for me to go into the office.

At this point the veil lifted and I realized what was going on. The men carrying out the office furniture were repo men, or bailiffs as we call them in the UK. The other people outside were staff members who by now were starting to realize they were possibly no longer in employment.

I stopped in the office doorway and again turned to my manager looking for a cue that it was okay to pivot and leave, but I didn’t get one.

Instead, she nodded toward the clearly anxious business owner, leaned into me, and whispered into my ear, “Quick, get him to sign the order while he still has a desk to lean on.” She wasn’t joking and I was momentarily stunned.

I knew that the owner would probably sign because he had nothing to lose. If he went bankrupt he wouldn’t have to pay the bill. And if he managed to survive he would need to renew the advert he had previously placed with us to generate business—though he likely still wouldn’t pay, given the circumstances.

Many years ago, when I was about eleven years old, I was trying to fit in with some boys a year or so older than me.

It was near the beginning of my first year at a big, new school. I had few friends close to me because those of us who had moved up together had been split up in different classes across the entire year. As such, I was eager to please the other new boys in my class so I could feel included.

I had latched onto a group of about four others, and we were walking home from school one late afternoon.

As was already common practice, we stopped to go into a small convenience store that sold everything from fruit and vegetables to the more desirable candy.

In those days, we all wore school uniforms, and I had on a new blazer that was a bit too big for me, making me look a bit like Paddington Bear minus the marmalade sandwich under my hat.

I was wandering around the store, ruing the fact that I didn’t have any money to buy anything lovely and sweet, when suddenly I felt something heavy drop into the right-hand pocket of my blazer. I nervously looked down and could see an orange nestled neatly in the pocket.

I looked back up to see one of the other boys grinning at me. He put his finger to his lips and gently pushed me toward the door with his other hand, obviously wanting me to leave with the ‘free’ orange.

I immediately felt sick with nerves.

I’d never stolen anything in my life, and this didn’t feel good at all. Neither did the thought of my trying to put the orange back and getting caught. Or, even telling the store owner that my new friend was encouraging me to steal his produce.

I must have had guilt written all over my face because I was barely a half dozen paces through the door when I felt a large hand on my shoulder.

I spun round hoping it was my friend but deep down knew it wasn’t.

My worst fears were realized as I faced the angry storeowner, who immediately thrust his hand into my pocket and pulled out the errant orange. I was so anxious that I had to fight the urge to throw up all over the man’s shoes.

He brandished the citrus reticulata in front of my face and said, “What do you think you’re doing with this? Are you a thief? I’m going to call your parents.”

I could barely talk, I was so frightened. My fear intensified as I saw my new friends walk off laughing, obviously not in the least bit concerned by my predicament.

To the best of my knowledge, that was the first time I was introduced to core values and their crucial importance in our lives.

It was a chastening experience explaining to my parents why I’d done such a thing, after they had been called to collect me.

They felt let down, but probably more importantly, I felt I’d let myself down to such an extent that I vowed I would never allow myself to get dragged into such behavior again.

I value honesty and integrity, and I’d demonstrated neither. Of course, I had no idea at that age what core values were. I just knew something was badly amiss.

As I stood in the doorway to the office, years later, the orange stealing incident came flooding back to me in glorious technicolor. Only this time there was no desire to fit in and no need for external validation.

I was well aware why my manager wanted a signature on the order. She knew, irrespective of whether the guy would ever pay—he clearly wouldn’t—that she would still earn a financial bonus and the ‘sale’ would go toward her target for that campaign. It would be a great many months before our employer realized they were probably never going to get paid.

Enough was enough. I turned round and walked passed her, thrusting the order into her hand, and hissed, “You sign him up.”

I knew she wouldn’t. It was one thing having my counter signature on an order that defaulted, but quite another to have a manager sign off on it.

As I walked back to the car I knew I was done.

I was done with a manager who had zero integrity. Done with a company that only cared about its bottom line. And done with an entire industry that seemed interested in one thing and one thing only, generating revenue.

Prior to that day I’d had what many people would consider a successful career. I earned excellent money, won numerous sales awards, and was a team player who was always looking to help my colleagues.

From the outside looking in, I was a success.

But the problem with success is that it doesn’t have an objective definition. We define our own success, not other people. Unless that is, we foolishly allow them to.

Which would you consider a successful life: living in alignment with your values and doing work you truly believe is meaningful, or earning loads of cash doing work that leaves you feeling conflicted?

If you truly value family, should you really accept that job that will take you away on business half the time?

If integrity is paramount to your sense of well-being, should you really make false claims on your taxes or exaggerate your work expense report?

And thinking beyond work, if peace is critical to you, is it wise to get involved in petty online squabbles and neglect your meditation practice?

Commit today to figuring out your own core vales by asking yourself:

“What is important to me?”

Then, when you have an answer, follow up with the question:

“What does that give me?”

Write that down and irrespective of the answer make the same inquiry again:

Then write that down.

And keep going until you cannot think of anything else or you start to give the same answers and end up in a loop.

Then start the process again by asking, “What is important to me?”

The reason you need to keep drilling down is to make sure you hit a value.

For example, if the answer to the original question is money, then that’s not a value. Money can never be a value.

If I gave you a million dollars under the condition you could never spend it, invest it, or give it away—you could only look at it—would you want it?

We all want money because of what we think it can give us. Maybe that is security, freedom, or maybe even peace of mind. They are the values.

When you have figured out your top eight or more values, the easy part is over because now you need to start asking yourself some tough questions.

Does my job align with my values?

Do my friends (for the most part) align with my values?

Do my habits align with my values?

Do my thoughts align with my values?

If the answer to one or more of the above is no, then some work is called for because there is little point knowing your values if you don’t live them.

As an eleven-year-old I didn’t appreciate core values. I couldn’t have told you that the reason I was so distressed about Orangegate was because integrity was super important to me.

I also didn’t realize the situation was exacerbated by the fact that I highly value independence and following my own path.

But, I didn’t have the excuse of youth as a forty-year-old. And I knew it.

Even though in my mind I was done with sales on that day, it took me another year or so before I finally found a new career that aligned with my most important values.

And, it would take another decade of working for myself before my income would be back up to my previous level.

Nevertheless, I didn’t care, because, even though I didn’t have the disposable income I was used to, I had something much more important and much more valuable.

And that was a profound feeling that I was successful based not upon income, but on being true to my values.

We all need money and most people like status, but nothing gives us that innate sense of peace and contentedness like living in alignment with our core values.

Live by Your Values and Everything Else Will Fall into Place