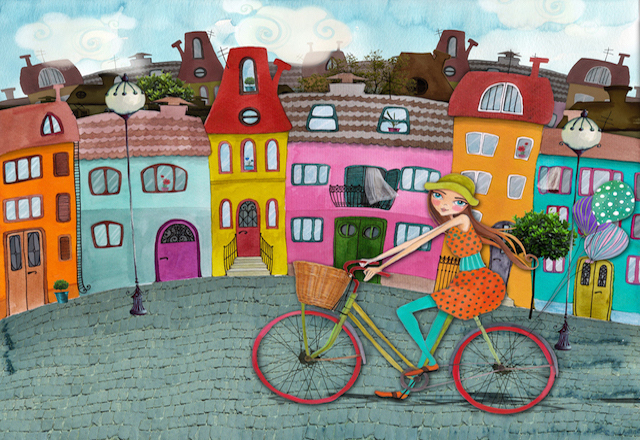 “If you correct your mind, the rest of your life will fall into place.” ~Lao Tzu

I know how you feel.

You know you shouldn’t eat that cookie, but it’s as if there’s something from deep within that compels you to move your arm forward, pick it up, and consume it in one, grandiosely guilty gesture.

You find yourself performing entire series of behaviors—like reaching into your pocket, picking out the pack, getting the cigarette, and lighting it—without even realizing what you’ve done until you’ve got the thing in your mouth.

You promise yourself you won’t complain, judge, or gossip, and there you are giggling about that thing she’s wearing or rolling your eyes at the person in front of you in line who’s taking ages to pick out her coupons.

You wake up in the morning with the full intent to exercise, feeling faint pangs of guilt with each passing hour on the clock, each hour with its own special excuse. “Too early” becomes “Too hungry” becomes “Too full” becomes “Too late.”

You mean to meditate, you really do, but you spend the whole time bothering about all the items on your to-do list and getting chest-clenching reminders of all the things you’ve forgotten. In the end, relaxing stresses you out even more.

What is going on? Why is it so difficult to just do what’s good for you? Why does it seem so easy for other people? Are some people biologically equipped to be emotionally and physically healthy? Are their lives just easier and more stress-free than yours?

It’s much too easy to say that people who do what’s good for them are different from you somehow. However, it’s even easier to reply to such claims with “You can do it!” or any endless refrain of motivational and inspirational slogans.

We’ve all heard that we can do it if we set ourselves to it, so all the motivational tapes make us feel even worse when we, as if possessed by demons, reach out and pay for the very fries that we spend hours regretting.

That’s because motivation isn’t the answer. Neither is willpower. I found this out the hard way.

Once upon a time, I tried to quit smoking. I failed. I thought I’d failed because I hadn’t picked a proper replacement behavior and because it wasn’t the right time.

In reality, smoking was the least of my problems. I was extremely close to a mental breakdown. I didn’t see it that way, but I knew something was wrong.

The same way that you can become obese over ten years by eating just a little bit extra at every meal, I became just a little bit more mentally ill every day. It was barely noticeable because it was so gradual. I was acclimatizing to my misery as I was plunging into it.

Have you ever been drawing or writing something and suddenly made a mistake? It just makes it worse when you try to cover it up, but you can’t seem to stop. You just keep making it worse and worse the more you try to fix it.

Well, that was my relationship with my body, my mind, and my life.

As the pressure began to build, I kept ignoring obvious signs of my distress. I remember rubbing at my face, thinking that the dark circles around my eyes were from smudged eyeliner. Except they didn’t rub off.

I felt, more and more, like I didn’t really care much about my body, like it could rot for all I cared.

It wasn’t until I became suicidal and started hearing voices that I started to panic a little. Obviously, something was wrong.

So, I decided to quit smoking. Obviously it was the smoking.

The first time I tried, it failed. Within about twenty-four hours of stopping, all of my mental symptoms worsened tenfold. I was a wreck. I reached back for a cigarette.

I waited a few weeks and tried again.

Within two weeks I had a mental breakdown, which I must say was one of the most amazing things that had ever happened to me. It was a beautiful moment between me and myself.

Suddenly, all that had been extremely complicated and confusing became simple and easy. I faced a choice: change or die.

Choosing to change meant getting on my knees. It meant surrendering to a higher power I couldn’t define or see, and trusting that, even though I wasn’t in control anymore, something would carry me through and help me heal.

There, I found peace.

And yet, my journey after the breakdown was extremely rocky.

I would fluctuate between peace and distress. For a while, I would be happy, peaceful, and joyful. I would treat my body like a temple and feel this intense, building urge to just take care of it, to give it nourishing care and tenderness.

Then I would crash. I would reach back for old vices and the same old insecurities.

After a few months of fluctuating, I crashed again. This time, I ended up in the hospital with meningitis. I knew the moment I got admitted that it wasn’t a coincidence. I knew I’d done it to myself.

Staying in the hospital was sort of like going to prison.

I remember reading that, if you were to go to bed as a non-smoker and wake up the next morning with all the symptoms of having smoked for ten years, you’d rush yourself to the emergency room. You’d think something was horribly wrong.

The only reason that people smoke for ten years without much worry is because the consequences come on so gradually.

Lying in that hospital bed, in excruciating pain because the doctors refused to give me narcotics considering my “history,” I realized that the reason I kept hurting myself was because I believed I deserved it.

After I broke down, I started being more loving to myself but, soon enough, the old habits returned.

Lying alone in that hospital bed, I learned my lesson. I realized that self-love was not an option. If you don’t love yourself, you’ll destroy yourself and do what’s bad for you. There’s no middle ground.

After I got released, I got to work. I read some books, made some plans, and, more importantly, embraced myself.

I quit smoking, re-embraced vegetarianism, started exercising again, and opened my first blog. I decided to pursue my dreams at any cost and to take care of myself, because I deserve it.

It’s not that I’ve discovered some magical willpower formula that’s helped me combat cravings for cigarettes. I just haven’t craved them.

It’s not that I force myself not to eat meat. I just don’t want it.

Doing yoga, writing a book, starting a business—these weren’t hard. They were meaningful and enjoyable. It was destroying myself and ignoring the effects of it that was hard.

In the end, I’ve realized that a craving is never just a craving. A craving is a signal that something’s missing. An urge to restart old, destructive habits is always, always a sign.

At the end of the day, I realized that I didn’t need to quit smoking. I needed to quit hating myself.

I didn’t need to start exercising. I needed to start respecting my body.

I didn’t need to stop drinking. I needed to stop numbing my emotions.

Inside each of us, there’s a state of mind where being good to ourselves, others, and the planet is effortless. Don’t try to do good or be good. Just find that state of mind, and it’s all downhill from there.

Editor’s Note: Vironika has generously offered to give away two copies of her new book The Love Mindset: An Unconventional Guide to Healing and Happiness. To enter to win a copy, leave a comment below. You can enter until midnight PST on Monday, January 6th.

Update: The winners have been chosen: Tiffanie and Belinda.

Why Cancer Was the Beginning of My Life, Not the End