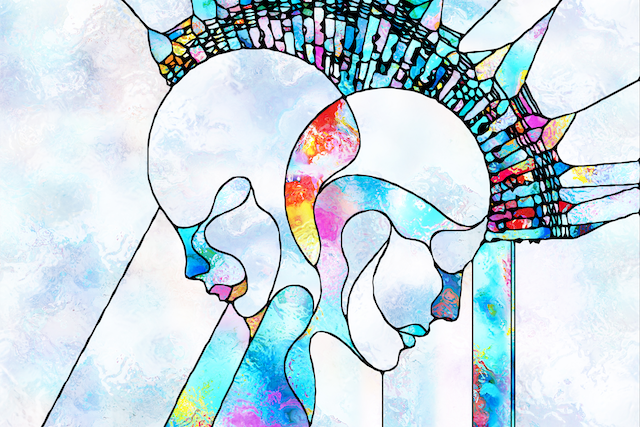 “To forgive is to set a prisoner free and discover that the prisoner was you.” ~Lewis B. Smedes

When it came to my ex-girlfriend, I had difficulty letting go.

She was a girl I’d had a big crush on for a couple of years. Funnily enough, once my crush on her began to fade, she suddenly started taking a liking to me and made it known that she was into me through our mutual friends.

I had my doubts about our compatibility from the start. We hardly shared any common interests, and I found it hard to connect with her in conversations. But my friend said things would be different once we started dating, as had been the case for him and his girlfriend, so I decided to give things a go.

We broke up after a year of dating, yet we kept coming back to each other over the next two years. Like so many couples, we didn’t know how to be together, nor how to be without each other. We weren’t just incompatible; we were toxic together, and our relationship was full of drama.

Though I could go on blaming her, I knew that on a deeper level that the fault didn’t lie solely with her.

I would get irritated with her for the littlest of things. And though I have always been an optimistic person, during the relationship, I was very negative.

I was convinced that we couldn’t last even a week without fighting. And like a self-fulfilling prophecy, it always came to pass.

We eventually parted ways once we each moved to different parts of the country.

However, the feelings of blame and resentment I was holding from the relationship still bothered me long after it was over.

Years ago I came across a quote from Buddha that went like this:

“Holding on to anger is like grasping a hot coal with the intent of throwing it at someone else; you are the one who gets burned.”

I wanted to let go of these feelings since I knew holding on to them was doing me no good. Yet an intellectual realization alone is often not enough; to let go of negativity, we often need a practical step to take.

And that’s exactly what I found in Rhonda Byrne’s book The Magic.

Her book contained an exercise on healing relationships through gratitude. She said that focusing on what we are grateful about the other person could help heal and eliminate feelings of negativity.

As I started looking for things to be grateful for, I noticed that there were indeed lots of things to appreciate—things that weren’t immediately apparent because my mind had been fixating on all the negatives.

Like the times when she could be really sweet and caring, and the wonderful and thoughtful birthday gifts she gave me over the years. And most importantly, she never judged me and helped me accept parts of myself that I had trouble accepting.

The relationship made me realize how judgmental I could be, something that wasn’t apparent to me earlier. It also taught me how powerful the thoughts and feelings we put into a relationship are, whether positive or negative.

The feelings of resentment I held toward her did not magically go away overnight, possibly because I had stubbornly held on to them for so long.

It took me a few times of writing them over the years before the blame and negativity started fading away. And I’m glad to say that those feelings are no longer present.

As I see it now, it’s impossible to change what happened. The only thing I can change is the perspective with which I look back upon the relationship.

Changing my perspective has brought me a lot of peace and helped me let go of the thoughts and feelings that were bothering me.

I hope if you hold feelings of resentment toward anyone, you can let go too by shifting your perspective and finding some way you’ve learned, grown, or benefited from the relationship. In the end, we are doing ourselves the biggest favor by letting go.

Anoop Abraham is the founder of the blog The Soul Jam. The blog is all about simple and practical tips to live better and be happier and includes thought-provoking articles on personal growth, spirituality and productivity. He is a lover of solo travelling, music, conversations and solitude. You can get in touch with him on Instagram and Facebook. View the best articles from The Soul Jam here. For fifteen random facts about him click here.

Hurt by Negative People? How to Stop Taking Things Personally