Tiny Wisdom: Believe That You Are Strong
By Lori Deschene 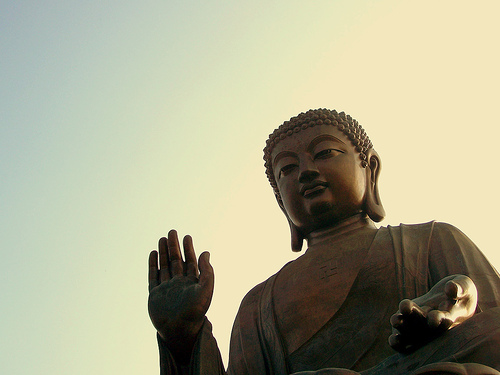 “The human spirit is stronger than anything that could happen to it.” ~C. C. Scott

During these past couple of weeks, while I’ve been recovering from my surgery, I’ve been watching a show called I Shouldn’t Be Alive, which has an entire season on Netflix.

Each episode chronicles the experiences of a person or people who came close to death in an adventure gone wrong.

One episode features two teenage boys who survived in a tiny boat, without food or water, for several days lost at sea. Another tells the story of an endurance athlete who survived two freezing nights in a canyon near Moab, Utah after falling 60 feet and shattering her pelvis.

The title itself pulled me in—this idea of somehow cheating death. But it’s not just the physical survival that’s so compelling; it’s also the emotional and mental fortitude that helped each of these people stay alive, despite knowing their odds of rescue.

Though in each case, they were obviously fortunate to be saved, many lived far longer than one might expect their bodies could endure—and it was often because they found a compelling reason to hold on.

They thought about the people they loved, and all the life they’d yet to live, and in doing so found a strong motivation to push through their pain and keep going.

Through sheer will, raw instincts, and determination, these people overcame seemingly insurmountable obstacles, and in doing so, created their own miracles.

Most of us will never need to combat starvation, subfreezing temperatures, or killer sharks, but we’ll each have our own battles. Many will push us, stretch us, and compel us to question just how much we can take.

We may find ourselves feeling hopeless or resigned, and we may wonder if there will ever be a light at the end of the tunnel.

That’s when we need to realize the brightest light is within us.

We are the ones who can save us. We are our own rescue mission.

We may not have all the answers. And we may need help and support along the way. But ultimately, when we’re feeling stuck, we’re the ones that need to hold on, push through, and make our way to the other side.

We’ll inevitably face challenges in life. The best defense is believing that we are strong, we will survive, and we will be better for it.