Tiny Wisdom: The Sacrifices That Lead to Happiness
By Lori Deschene

“As long as you make an identity for yourself out of pain, you cannot be free of it.” -Eckhart Tolle

This weekend, a reader presented an interesting question about letting go of old beliefs and attitudes to make room for happiness and open up to a relationship.

He suggested that this would require a lot of sacrifice on his part, and would leave him humbled and lost—as if he’s somehow “giving in” and losing touch with who he really is.

He asked how he can reconcile the instinct to change with his resistance to becoming something he is not.

I suspect a lot of us struggle with this. We know we want to transform our lives, but we’ve thought and behaved in certain ways for so many years that we identify ourselves with those ideas and actions.

For a long time, I believed people were basically selfish, which made me feel constantly defensive. I thought I “earned” this belief because I had been hurt. Letting go of it felt like letting the people who’d hurt me off the hook—like saying they didn’t cause my pain, I did.

But the reality was that my defensiveness hurt me more than anything anyone else had ever done—and for far longer. Sacrificing it might have been humbling, but the alternative was (and is) to sacrifice my potential for joy.

Of course letting go of these will feel like giving in if we believe they define us. It will feel like a sort of death—like acknowledging there’s something wrong with us, and the only way to find happiness is to essentially rid ourselves of ourselves.

Freedom is realizing that letting go isn’t losing anything—it’s gaining everything. It’s stepping into the present moment free from limiting thoughts, beliefs, memories, fears, and judgments, to see what’s in front of us with clear eyes.

We have the potential to become anything—in fact, if we learn to let go, we will never stop becoming. But that means we need to want presence and happiness more than we want to cling to the past and our pain. 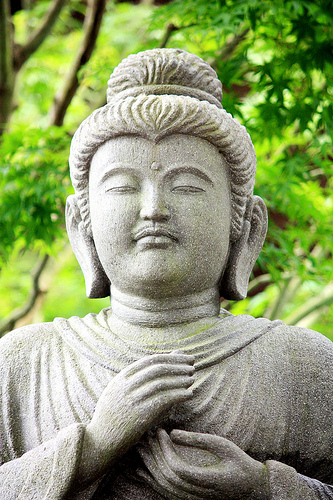