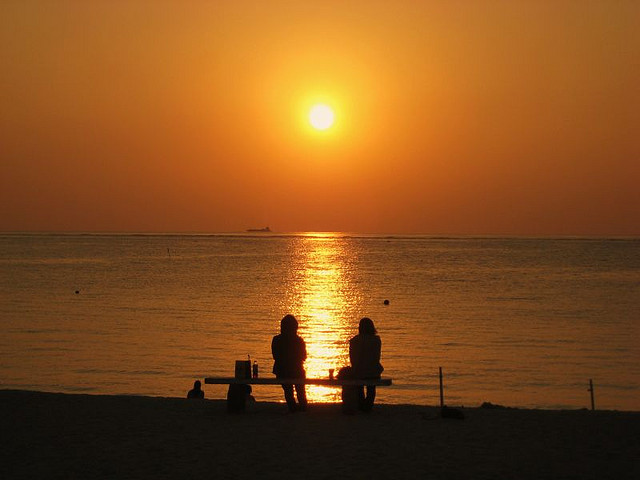 There will always be misunderstandings in life. That’s a given.

The question is, how much damage will they do? How will misunderstandings affect our fulfillment? Our overall happiness?

And I’m not talking about the “Three’s Company” style of misunderstandings, which result from mistaken identity or eavesdropping. Those eventually get resolved with a cheesy group-hug, until the next episode, anyway.

No, I’m referring to the more insidious kind of misunderstandings.

Chances are, you’ve experienced serious misunderstandings that were initially ignored or swept under the rug to fester for a while. Then they popped up later, rearing their ugly heads and negatively impacting cooperation, communication, and teamwork.

While I’ve had a few of these experiences, this post by social entrepreneur Dan Pallotta paints a very vivid picture of how he suffered through a big misunderstanding.

I love this statement near his conclusion:

My personal experience with misunderstandings has mostly involved presumptions I’ve made. I’ve found that when I base my opinions solely on what I’m observing today—without pausing to consider history, background, or their perspectives—I’m more prone to get things wrong.

And that often creates an issue, an issue that’s really a “misunderstanding” that I haven’t yet discovered.

A former client of mine was replacing his lovely leather couch and offered it to me; I just needed to pick it up ASAP, while he was out of town. I accepted, thankfully, and excitedly told my husband. Problem was, he didn’t want the couch. Turns out, it was gorgeous, but not very comfortable.

But since I’d committed to removing it from my client’s space, and wasn’t going to interrupt his vacation to say that it would still be there upon his return, I offered the couch to a friend in need. She accepted, gratefully. We delivered the couch to her, and she sent a gift to my client as a thank you.

He was not pleased. But he didn’t tell me he wasn’t pleased. Instead, he showed it—much later, and at a very inopportune time.

After mustering up the courage to talk to him about it, I learned that he has difficulty parting with items. And that he usually only does so once he’s confident his possession is “going to a good home.” He had put that rare trust in me, and he felt that I violated it.

While I had perceived that the important thing was to get the couch out of his space quickly, it became crystal clear that I had misunderstood his intentions. And I could see his point.

He was surprised to discover that I had given the couch away in an effort to help him, not to take advantage of his kind gesture. Once we had that straight, I assured him his couch did go to a good home, which helped. Slightly.

Get Courageous. And Approach Them.

So the next time you’ve geared up to tackle an issue with someone, consider that it could just be a simple misunderstanding. And that it could be on you.

Here’s what I remind myself before approaching someone about “the stuff that’s in the middle of the room.”

I’m not looking to “win” or be proven right. It’s more important that I gain a new understanding; that I express that I’m seeking the harmony that once existed, and get back to productive communication.

Time and again, when I’ve had a misunderstanding with someone, it’s based in the fact that their perspective is different than mine. So I’ve learned to look hard to discover, and then consider, their perspective—which I do via the next steps.

3. Value Their Strengths and Motivations

What does this person bring to the table? How do they contribute to the world? What are they responsible for and how does that affect their perspective? I remind myself of their talents, skills, and value to help me focus on them instead of me.

4. Determine How They Judge Others

When seeking their perspective, I look at how they judge others in hopes of understanding them better. Some people make judgments based on a person’s people skills. Or their problem-solving talents. Or how well a person can persuade and influence others. How they judge is a key to how they see the world.

We all have fears, even if we don’t consciously realize what they are. Some folks fear not getting work done on time. Others fear criticism. Or they are afraid they’ll be taken advantage of. Considering their fears can provide insight into the misunderstanding.

So the next time you have to tackle an issue with someone and talk about “that stuff in the middle of the room,” first ask yourself if it could be based in a simple misunderstanding.

And when you’re gearing up to chat about it, consider gaining the other person’s perspective before you dive in.

Once you do, you could suddenly be enlightened, realize the misunderstanding, and be able to move forward together harmoniously.

Michelle Agner is a career blogger who has had a meandering path through a variety of jobs good and bad.  Today, she’s taking this learning and launching a blog called Careertopia, where she helps people find, grow, and excel in a career they actually like.

How to Stop Arguing and Start Understanding