Your Anger is a Guide: Embrace It and Set Yourself Free
By Anne Uemura 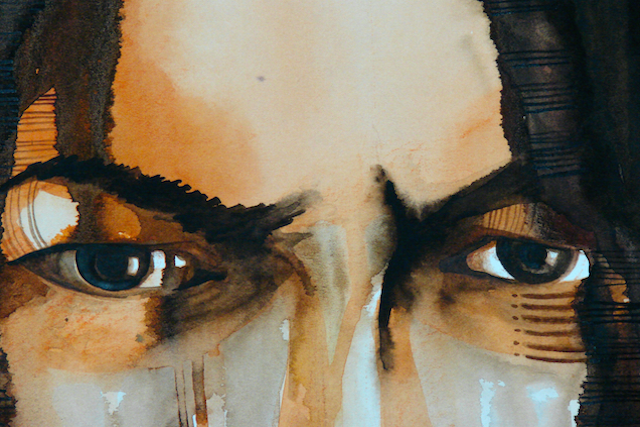 “Where there is anger there is always pain underneath.” ~Eckhart Tolle

In the sixth year of marriage, my husband shocked me by telling me that he had decided on an open marriage. This would give him permission to do what he was already doing, having an affair.

In one of my rare times of anger I argued and struggled with him. I can still see myself hitting him in the chest as he tried to put his arms around me to reassure me of his love.

As he defended his position, he reminded me that I wasn’t being rational. I stopped protesting because that charge impacted me immediately. Logic and rationality were my guides.

This surge of anger was new in my life. I had learned to bury my feelings, especially anger, growing up in my Japanese-American family where we hid most emotions.

Adding to pushing down my feelings, I relied on intellect, my head, and dismissed my heart.

When he attacked a vulnerable spot—to be rational—I became silent. It was the first of three betrayals I lived quietly through over the years.

I swallowed two other screams of “No!” when, over the years, I learned about two other women, who intruded not only into my life, but also into my home.

Why would any woman stand for this?

Besides suppressing my emotions, I also learned from a young age to make the needs of the group, the others, more important than my own.

Throughout my life, I let other people’s needs define my life.

Why Burying Anger is a Recipe for Unhappiness

When you bury anger, more than your anger is involved—you dampen all emotions, including joy.

In my case, I was the model of a well-adjusted successful professional and, after I divorced my husband, a single mom.

Inside a deep discontent lived undetected in my heart. It wasn’t until I slowed down in early retirement that I became aware of it.

When you don’t have anger, you may think that there’s nothing wrong with your life.

Why We Often Choose to Bury Our Anger

You learn in childhood that adults don’t like you being angry. When you throw a temper tantrum, large or small, you get punished for it.

This teaches you that being angry is bad and you should keep it to yourself.

As an adult, when anger gets the best of you and you show it, people around you don’t respond well to it either.

Some get frightened by anger. Others get defensive or angry in return. Exchanges full of anger often lead to regret and shame. They can even end a close friendship–a price you don’t want to pay.

Embracing Your Anger Does Not Mean Throwing Tantrums

When you express your anger, you think that you’re right and that the other person or situation needs to change. Or you say regretful, stupid things fueled by anger.

In any case, you believe that someone or something outside you is the cause of your anger. This stance makes it easy to miss the early signal to go inside and investigate.

Embracing anger is turning inward to know your heart. It means spending time with your anger to learn what is under it—what’s really going on.

Treat Every Inner Disturbance as a Clue

Nothing changed in my life until I started to pay attention to all disturbances in peace I experienced, the little irritations, annoyances that were signs of anger. I began to appreciate whatever anger bubbled up because I saw it as a guide.

Here’s an instance of a little annoyance I would have disregarded earlier in my life. I was talking with my partner on a walk through downtown about some insights I had about an important relationship. He interrupted me to point out how a new hotel construction was being completed, with details that could be barely seen at night.

I felt disturbed, but instead of just burying that feeling like I normally would, I asked myself why I felt that way. I realized the annoyance pointed to anger about attention taken away from me. Needing attention from people who matter is a need I have. If I don’t get the attention, I feel like I don’t matter.

I also recognized that my typical strategy would be to remain silent and let my partner go on. But instead of being silent, I stepped out of the pattern to speak up and stand with a new belief that I am important and deserving of attention.

In this instance, once noticing the disturbance and realizing what it meant, I said, “What I’m saying is more important to me than what you’re pointing out that I can see another time.”

My message was accepted with a small apology.

Attuned to the energy of anger, I found it hidden in jealousy, envy, blame, frustration, disappointment, regret, withdrawal, stubbornness, and shame.

I even found it in my lack of kindness in talking to my partner, my banging cupboard doors, my prolonged silence, and my criticism and judgment of others.

When you follow each sign of anger you will find what is buried in your heart. You will discover what you need to resolve lifelong patterns that limited your growth.

Through Your Anger You Discover Your Needs, Beliefs, and Strategies

I began to know and honor the needs underlying my anger, such as my needs for acknowledgement and attention as I describe above.

I also realized I had many limiting beliefs that stemmed back to my childhood, when my needs weren’t met. This is where my feeling of not mattering came from, but now I could recognize it and deal with it.

Related to these beliefs I also saw the variety of limiting strategies I adopted trying to get these needs met. Some of these were being an over-achiever, a perfectionist, and overly self-reliant.

To illustrate, I recently felt angry when I didn’t make the cut in auditioning for a voice ensemble. When I stayed with my anger, I found the pain of a wounded young-child who believed she wasn’t worthy, and saw clearly her strategies of people-pleasing and over-achieving that failed to get her what she wanted.

Not only does your anger guide you to your needs but it helps you recognize the limiting beliefs and strategies that run your life. These were created and adopted early in childhood by a very young child and their limitations deserve examination.

Taking full advantage of honoring your anger involves taking the time to begin a process of discovery.

This means remembering to remain the adult compassionate witness to what is there, and not identifying with or be taken over by the anger, and finally remaining with the anger long enough until you drop into what is beneath it.

You may discover child-like vulnerability, fears, helplessness, and pain.

When you integrate with lost parts of you, you deconstruct the patterns that run your life and free your original innocent heart to shine through.

You are Richly Rewarded for Embracing Anger

When you are one with your heart, you know not only your needs for safety, love, and community but your deep longings for meaning and purpose.

You consciously make choices true to your heart.

Then your heart opens—to love more and deeply; to reveal its wisdom; to see the world as an innocent child; to be present and accepting for all that shows up; and much more.

Embracing anger may be counter-intuitive, but in doing so you become aware of old, unconscious reactive patterns. In becoming aware of these patterns you free yourself to choose from a place of power.

Fully in your power you allow yourself to be fully present to experience life from the only moment you ever have—this present moment.

Anne K Uemura, PhD is an innovative life-coach-psychologist-healer who shares enlightening keys to stop the maddening struggles in your life. She'll help you navigate the path of your heart. Download her guide on how to move to joy and freedom.