How to Avoid Drama: Stop Taking Things Personally and Needing to Be Right
By Lestari Hairul 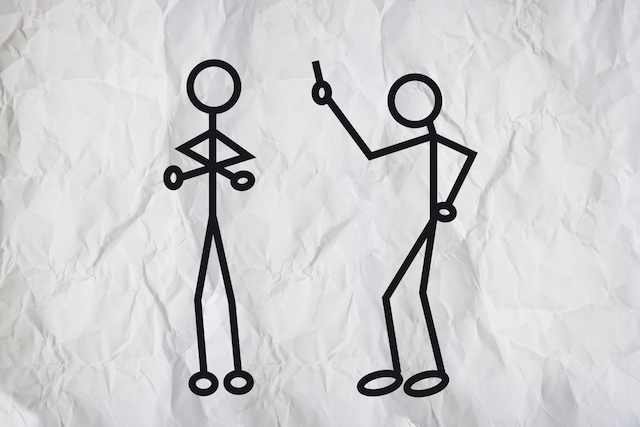 I remember quite distinctly the point where my rational self, less invested in the discussion, took a step back and pointed out that I was descending down the path of needing to prove that I was right.

It was precisely when I started seeing the other commenter as needling my position and attacking the ideas as mine.

What started out as an appeal to respect cultures that celebrate death as a normal part of life, turned into a mud-slinging event the moment I ceased to educate and instead went down the road of righteous anger.

Even if we were to keep our social network to the closest friends and family members, there will inevitably come the time when, as we scroll through our Facebook feed, we encounter something that we disagree with.

If we are not careful about the way we react or respond to these kinds of things, drama will arise.

And oh, such drama it was! Despite not participating any further once some ganging up occurred and outright insults were being flung, I came away from the debacle more furious with myself than anyone else.

In hindsight, it really was hilarious the way it quickly descended into a playground squabble where the crux of the matter was “I’m right, you’re wrong!”

But unlike childhood fights where it is rare that full-blown grudges develop (notice how children make up and play together easily?), the issues that adults tend to have petty fights over are a bit more complicated, simply because we are way more invested in it.

It isn’t over a fire truck belonging to us that can be easily shared with another child. It is occasionally belief systems and ideologies that we think define us, and so we do not take too easily to them being challenged.

I later received a long message from the other person that was essentially an attempt at civility after the earlier descent into childishness. But while the absence of trolling was a nice welcome, here too was another invitation to engage further in another bout of drama.

Ignoring the comments about my character and only clarifying issues I felt were relevant to the earlier discussion, I refused to bite.

What I’m slowly learning, and I am quite a slow learner when it comes to social interactions, is that personal affronts are key to the development of drama, and how we choose to respond to what the other person doles out will determine our state of being.

This isn’t something solely confined to social media interactions, either; Facebook, Twitter, and other sites like them are all just platforms where our interactions take place. Unnecessary drama and squabbles did not appear after the Internet but are simply magnified by it.

If you decide earlier on that personal attacks will not hurt you and that you will not yourself fling insults, you’ll be much more likely to have a discussion that’s conducive for education and sharing of ideas.

These attacks often come out innocuously enough. An adept practitioner of shade can fling one at you with much subtlety, so control is necessary in ensuring that you are always on the right road.

Unfortunately, I have yet to be gracious enough to not throw shade myself, and thus the initial eruption of drama stemmed from my lack of control. We cannot control will perceive or retaliate with, but we can choose how we respond to them.

The moment we choose to take the issues personally, we cease to participate in civil discourse as we insist upon the particular details that we feel attack our characters.

We feel the need to yell that we are right rather than strive to seek and communicate truth.

With that said, I am certainly not excusing those who choose to create conflict rather than communicate peacefully. Once you see things heading down that awful road, it’s best to simply disengage and leave because nothing fruitful will come out of it.

What matters at this point, I feel, is how you resolve your position, and it isn’t about how you appear to other people who may be watching (or reading the thread), but how you now feel about your beliefs and ideas.

Are ad hominem attacks ever conducive to the truth? The moment we associate ego and pride with our various ideologies, we miss the mark.

In a world of multivariate opinions, beliefs, and philosophies, friction is bound to occur when these ideas inevitably collide.

There are certain fields more volatile than others, like politics and religion, and they require careful treading. When in the thick of drama, especially with drama-hungry spectators egging us on, we lose the point and indulge, instead, in a battle of wits over who can yell the loudest in being right.

To keep drama at bay, it is necessary to maintain that, while ideas form much of what we think we are, they are merely constructs that only help us make sense of life and do not essentially form who we are.

If someone attacks what we believe, they’re not attacking us. They’re disagreeing with our opinion because they hold a different point of view. And if they choose to attack us personally, it’s likely not about us, but rather reflective of their fear-based attachment to their beliefs.

It is perhaps worth bearing this in mind whenever we feel the urge to take something personally.

Lestari is an undergraduate and an aspiring Renaissance woman.