Be Kind, Retrain Your Mind: 3 Tips to Overcome Negative Self-Talk
By Nadia Colburn 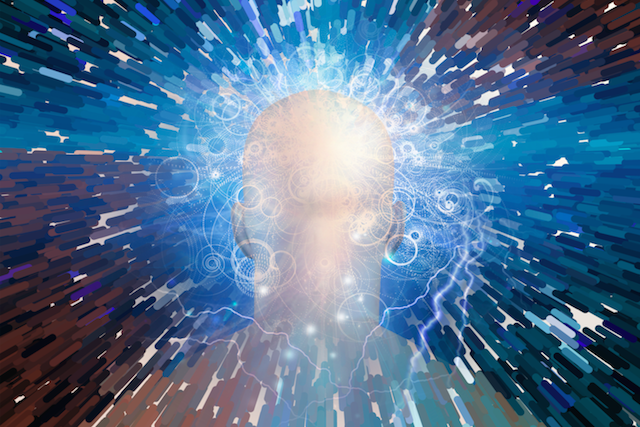 “You yourself, as much as anybody in the entire universe, deserve your love and affection.” ~Buddha

I wish I could say that I had never encountered the problem of self-hatred, but I’d be lying. Like so many people, even if I didn’t necessarily recognize my self-talk as such, I was inundated with internal negative self-talk.

My process of coming first to recognize what that voice was up to, then to listen to it with more compassion, and finally, once and for all, to ask it to grow up and step out of the room has been a journey of self acceptance, growth, and ultimately, freedom.

Here are three steps to deal with your own inner negative self-talk:

The first step is to become aware of the negativity of your internal voice.

For the first twenty-eight years of my life, I was so familiar with my negative voice that I didn’t even recognize it.

I’ve been told that people with Tinnitus, a constant ringing sound in the ears, grow used to it and learn to live with it so successfully that they’re no longer really even aware the ringing’s there. That was the case with my negative voice: it was a kind of background hum.

If I did pay attention to it, I was tricked into thinking that its particular message mattered.

At sixteen it might have been the enormous, overly sweet corn muffin I’d eaten on the way home from school that was a sign of my failure.

At twenty-six it might have been that an essay I wrote hadn’t been accepted for publication; this was a sign, I was sure, that nothing I’d ever write would ever be fully understood.

It wasn’t until I’d been in therapy for a while and had a real mindfulness practice that I even began to notice the daily hum of background voices and to notice that the particulars of the negative voice I did hear were less important, actually, than the larger pattern it was a part of.

Any mindfulness practice can help you become more aware of the negative self-talk in your head. You can try guided meditations, deep breathing exercises, or mindful walking, or simply spend time tuning into your senses. When you become conscious of the present moment, it’s easier to recognize what’s going on internally.

The second step is to listen a little more deeply.

What was important was not so much what the voice was saying as what was under the voice. Often the negativity was there to distract me from something else.

Was the corn muffin or the publication rejection really the problem?

I learned not to take what I said to myself at face value.

After all, I was often shocked at what was going on inside my own head. I said what to myself? I would never say that to anyone else!

Though I had a PhD in literature and was a published creative writer, skilled at using language in all kinds of sophisticated ways, often the voice inside my head was stuck only at a toddler level.

When I was frustrated or upset, rather than slowing down and parsing out what I was really feeling, I’d lash out with simple and ultimately inaccurate phrases, phrases like “I hate myself.”

The negative statements were largely self-protective, a big blanket over deeper layers of hurt or pain. Often what those negative words were really expressing (even if they didn’t have the appropriate words to do so) was not I’ve done something wrong, but I’m worried, I feel alone, I feel uncertain, I feel lost or scared or hurt.

I learned to react to the feelings under that negativity with compassion.

I came to understand better what situations triggered me and why, in fact, some situations threw me back to being a three year old inside again.

Therapy, mindfulness, writing, and meditation all helped me heal and embrace those wounded parts of myself that were speaking in such negative terms. I learned to listen more carefully to what I was really feeling and to re-parent my inner child.

I learned to send myself loving-kindness and compassion.

My inner voice became less likely to be critical, less likely to lash out at myself. I was more able to express more uncomfortable things internally, like I’m feeling really insecure right now.

Take some time to dig beneath the surface of your negative self-talk. Peel back the layers to find the feelings and fears so you can offer compassion to these fragile parts of yourself.

When I first started doing this I felt happier. I had more energy. I was able to communicate better not only to myself but also to others.

I’d made lots of progress. But to my own regret, sometimes that inner negativity was still more powerful than me.

I’d lash out at myself with negative self-talk in ways that I couldn’t fully control.

What was the next step in healing? I meditated more. I listened with more compassion.

And yet, I still had that negative inner voice that could say some really mean things. If I woke in the middle of the night, the negativity was particularly strong.

Until one day, I decided I’d had enough.

The third step is to realize that the inner negative voice really isn’t helpful and to actively disrupt it.

I want to be clear here: don’t jump over step two. Most of us have not been fully listened to. We need to learn to listen to what is beneath our negative self-talk and not simply silence ourselves.

I also understood that my healthy self no longer believed what the negativity was saying. It just didn’t make sense to talk to myself in ways I would never talk to anyone else.

And if I had compassion for other people it didn’t make sense for me not to extend it to myself.

I came to see my inner dialogue as lagging behind my own development as a person: I was stuck in old habits that I had largely moved beyond.

So what to do?

I disrupted the habit.

So when the negative voice came up, I immediately interrupted it.

I used and still use an Emotional Freedom Tapping code that takes roughly thirty seconds. EFT is a system in which you tap on particular pressure points on the body. Every time that voice starts in with its negativity, I do that code, either mentally or manually.

The code activates my mind and memory, and also my body awareness and physical memory.

You can disrupt your negative voice with a mantra or even by reciting a poem, but bringing the body into the practice helps establish new patterns more quickly.

The important thing is that when the negative voice comes up, you do/say something else instead of getting caught up in it.

I realized that I didn’t need to put up with the toddler-style tantrums anymore. I could also establish some boundaries in my own inner life. I could disrupt the tantrum, take the child out of the room, and give her something else to occupy her.

This system works wonders! I no longer wake up plagued by those negative voices. I have so much more mental and emotional space.

The Dalai Lama had never heard of self-hatred. For many of us this may seem surprising; we may even come to feel that we must accept our negative thoughts about ourselves and accept our negative self-talk as something that we just need to learn to embrace with compassion.

But we can retrain our habits.

I’d trained as a writer to be skillful about the words I put on the page, and I could also train myself to be more skillful with and not be at the mercy of the words I use internally.

Because when we no longer allow those negative voices to take up our inner space, we can experience more freedom and not only more self-love but also more love for others.

Nadia is the founder of Align Your Story Writing School and Coaching, which helps women unlock their full creative voice. She's the author of the poetry book The High Shelf and her work has been widely published in The New Yorker, American Poetry Review, Kenyon Review, etc. For free recorded meditation and writing sessions, writing prompts, yoga and writing videos, and other free resources for writers, visit nadiacolburn.com.