You Can Change Your Life with Tiny Daily Improvements
By Anonymous 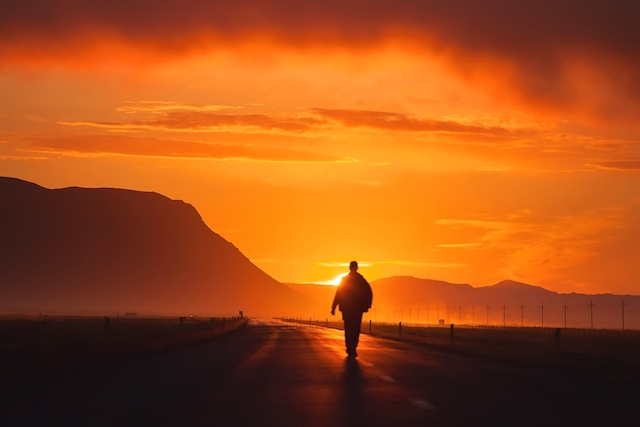 Of all the people who have passed through my life over the years, the one person I remember the most was this old, ornery man who seemed to have the personality of a mule. Stubborn to the core, with a straightforward approach to everything, Phil was a difficult man to like, yet I learned to love him.

Phil didn’t speak much, but when he did, it came from the heart. He grew up in the mid thirties, in a rough Detroit neighborhood, composed mainly of Irish immigrants. In Phil’s world, you worked hard, took care of your family, and kept to yourself.

It was difficult for Phil to get close to others. If he talked to you, it was because he genuinely cared, but his mannerisms were harsh and often, people took his gestures the wrong way. The first time Phil spoke to me, my immediate reaction was to stay away from him.

“You think you’re tough with that hat on backwards?” he asked, in a tone that dared me to challenge him. I never could figure out why the way I wore my hat bothered him so much, but at the time, I was convinced he was just picking on me.

Had I not been twelve, had Phil not owned the corner store deli, and had it not been my job to pick up the meats my mother purchased each week, I may have been able to avoid him. But alas, it was not to be my fate and each week, I was forced to listen to Phil’s harsh lectures as he packaged up the meat my mother had ordered.

I didn’t realize what a great man Phil was until years later when my life took a turn for the worst and I found myself sleeping in an abandoned house, eating at homeless agencies and showering at the YMCA.

As I walked past the old deli, one cold winter day, in a flimsy jacket that didn’t even have a zipper, I heard the door open and a few seconds later, this gruff voice said, “Jamey, is that you?”

I turned around and saw Phil’s now emaciated figure, standing in the deli door. He invited me in and asked how I was doing. I told him the truth. I was embarrassed and rarely told anyone about my misfortune, but somehow I suspected he already knew.

Phil poured me a cup of coffee and sliced me some lunchmeat and cheese. He handed me a loaf of bread and then disappeared into a back room. A few minutes later, he returned with a thick fur-lined winter fleece and gloves. I remember the feeling of embarrassment as I accepted his generosity.

I guess my embarrassment was obvious because he told me not to worry, that I could pay him back whenever I could. He then told me about a time in his own life when he was homeless and struggling to survive.

I felt strangely comforted by his story. As he spoke, I remember thinking what a different man he was than the man I remembered as a child.

I visited Phil many times over the next six or so months. He seemed genuinely pleased whenever I stopped by and we would converse for hours over coffee and whatever meal he had prepared.

One day, I asked how he made it through the hard times in his own life. I remember him growing serious as he said, “I just tried to be a better person each day than the person I was the day before.”

The last time I saw Phil was through the window of his store; he was sitting in a recliner and there were paramedics surrounding him. Phil had died in his sleep of natural causes at the age of sixty-nine. I cried.

Much of what he said to me in the final days of his life has faded into some obscure place in the back of my mind. But the one thing he said that remains with me to this day is how he “tried to be a better person each day…” than the person he was the day before.

I try to apply this principle in my own life, successfully at times and not so successfully at others. I am no longer homeless or poor. I have a beautiful wife and daughter, a decent paying job I thoroughly enjoy, and a wonderful church family. I’d like to believe that trying to be a better person each day than the person I was the day before had something to do with this.

Either way, it is a valuable piece of advice and I repeat it to others as often as I can.

Maybe you are going through some hard times in your own life—a broken relationship, a lost job, or some other misfortune. Perhaps you are feeling the hopelessness of your situation and wondering how you can improve it.

Life is unpredictable and often harsh, but whatever life throws us, we can handle it, if we just try to be a little better each day than we were the day before.

Some days, it will be easier than others, but if we just put forth the tiniest of effort, maybe give some change to someone less fortunate, or smile when you don’t feel like it, things will get better.

You don’t have to be a miracle worker or a saint, just conscious of how you approach life on a daily basis. By taking things one day at a time, with tiny improvements, you can get through anything life throws at you.