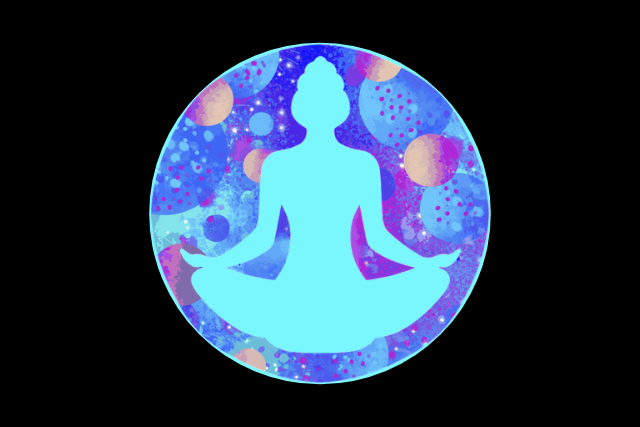 “Man stands in his own shadow and wonders why it’s dark.” ~Zen Proverb

I’m a sensitive, emotional person with a lot of empathy for others. I’ve recently found myself feeling torn apart by negativity and the world outside of me. I’m often bogged down by cyclical negativity, and I sometimes focus on others’ effects on me instead of my own effect on myself.

In my depressive cycling, I was always the victim. The more I thought about how terrible someone was toward me, the deeper I spiraled into a negative space that couldn’t be replenished.

Deep in despair, I called upon a beloved friend for some spiritual guidance.

He said, “Stand in your space. If you want to have the truest, most positive interactions with others and, in turn, be your most beautiful, authentic self, the work has to start with you.”

It wasn’t enough to cut someone negative out of my life, and it was counterproductive to complain about how they weighed me down. Instead, I needed to build the space I wanted and then stand in it.

Space is a culmination of you, your aura, and your energy.

It’s beyond just who you are in a tangible sense; it’s everything you are: your intentions, your mental processes, your actions, and your presence. We attract positivity by creating positivity.

After spending years trying to heal broken hearts and souls, I had allowed myself to be drained of positive energy and, in turn, I drained the energy of people who interacted with me.

So, was I doing more harm than good, despite my intentions?

In my efforts to heal a handful of people, I had internalized every piece of negativity and emoted my own. I had this mentality that you can let love flow freely from your heart and understand that it will always self-replenish. This is true. But energy is different, and I kept treating love and positive energy the same.

Being low on positive energy doesn’t mean you are low on love. You can still have a lot of love, yet feel drained and not manifest that love well.

For this reason, you need to protect your space, which encompasses your energy.

Energy is valuable, and it should flow freely toward places where it will do the most good.

These are often the same places where you’ll find it easy for your positive energy to be replenished. This can be in interacting with people who help you feel good about yourself, or delving into interests that ignite passion in you, or just laughing a lot.

The most effective healer is the one who heals others through example. So, it’s important for your energy and space to stay positive.

Choose to be positive, peaceful, and happy in your space by:

It’s not necessary to cut someone who is negative completely off, or for you to pessimistically believe they’ll never change. The key is to take yourself and your space elsewhere when you feel it’s being threatened.

This doesn’t mean anyone who is negative threatens it. It’s generous and wonderful for people to pull others up by the simple act of interacting, comforting, advising, and listening. Sometimes people do need to just purge that negativity.

But you have to take a barometer of your own space and see how their negativity is affecting you. If you are falling, you need to step back or bring yourself up.

I was so inspired by this lesson because I saw how it could be applicable not only to me but the many people who interact with me.

It helped me to understand how similar we all are. Formerly, in my victim state, I felt others were dragging me down. Then I began to see the domino effect—how I was doing the same to other people.

When we know and set limits, we’re able to pull ourselves up. In the process, we may inspire others to pull themselves up, too.

Conning Chu is a writer, communicator, and connector. As a former business journalist, she used to write articles as an observer. Now, she writes stories as an absorber. You can connect with her via twitter @conningchu.