How to Stop Believing Negative Things About Yourself
By Mike DiLeone 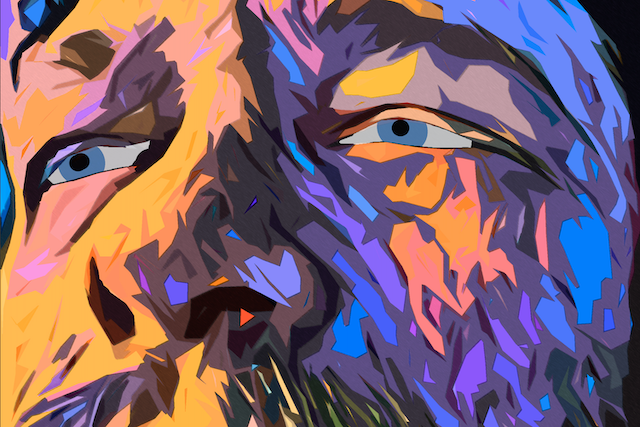 “If you accept a limiting belief, then it will become truth for you.” ~Louise Hay

Have you ever felt like you weren’t living up to your potential? That chasing your ultimate dream is a waste of time because you’ll never accomplish it? You’re certainly not alone. I know the feeling, and quite frankly, it’s awful.

Recently, I had occasion to visit a cemetery for military members and their families. I saw tombstones over 100 years old. Some of the people lived long lives, while many did not have the privilege of growing old.

As I walked, I couldn’t help but think of the kind of lives they’d lived. Some saw unimaginable horrors in war that no doubt changed the quality and trajectory of their lives. Were most of these people happy and fulfilled? I didn’t know; tombstones don’t talk.

The thoughts that kept coming back were: “How many of them went to their grave with regret? How many settled and accepted the labels assigned, without ever finding the satisfaction of breaking free and living life the way they truly wanted?”

Like most people, I took on the labels that authority figures assigned me at a young age. It’s what kids do.

As the years go by, those labels, whether true or not, become sewn into the fabric of our being. They become part of our core, the vocabulary we use about ourselves, and the thoughts we hold of ourselves.

My nemesis was the belief “I am lazy.” In adulthood, after studying counseling theory for years in college, I finally figured out where it came from. I had always just assumed it was part of who I was.

It came from my sixth grade teacher telling my parents, before I moved up to junior high the following year, that I would be placed into remedial classes. I had tremendous potential, she said. But I was lazy and wasn’t performing to my full capability.

My parents sat me down and broke the news. I was devastated. I knew all of the harsh things that other kids would say. I had heard them said before about others and didn’t like it. But now they would be saying it about me.

That belief directed the course of my life. I walked through life believing I was lazy and began using that word in my inner vocabulary all because, at the age of eleven, my teacher and parents told me I was lazy.

I never questioned it; I just accepted it. After all, why would my parents and teacher say it if it wasn’t true? They were supposed to know better than me.

That is how the negative beliefs we hold about ourselves hold us back from unleashing the greatness within. Kids don’t have the cognitive capacity or life experience to question such things. They take the words of authority figures as truth, just as we are conditioned to do.

If you’ve done the same, you must know that it doesn’t have to continue. There is a better way, and that way is to identify the negative beliefs that you hold deep down and challenge and reframe them through the lens of wisdom and experience.

Going back to my example, I challenged that belief in my early thirties.

What I found is that my teacher and parents did not take into consideration the fact that my mother and biological father went through an extremely violent divorce. He was the criminal leader of a notorious motorcycle gang.

I didn’t have a stable, comfortable home environment, and academics certainly weren’t at the top of the priority list. My mom did her best, but working two or three jobs makes it difficult to do homework with the kids every day.

Living in constant fear at such a tender age is not prime for a child’s development. Also, I started kindergarten before I turned five, so I was quite young for school.

The sum of these circumstances contributed to my early struggles in school. It wasn’t because I was lazy or choosing not to live to my potential.

When I looked back through a different lens that only experience and wisdom can provide, I knew neither my parents nor teacher meant any harm. They simply didn’t know any better, and the teacher never asked about what was happening at home. Putting myself in their shoes made me better understand what happened.

I took on their words without ever asking myself “is it true?” Had I not taken the time to challenge this deep-seeded belief, there is not a doubt in my mind that I would be an underperforming, underachieving, underpaid underling today. Changing that belief literally changed my life.

The only thing stopping you from doing the same is you. If you hold negative views about yourself, you are not living life authentically. If you let the words of others define who you are, you are setting yourself up for failure. And chances are, you’ll become one of the people who get to the cemetery clutching regret.

1. Write down or say out loud the belief (preferably both).

2. Think back to the earliest time you can remember having that belief.

What happened that made you feel that way? Did someone say something that hurt your feelings? Put yourself in that moment again and hear their words, see their actions, and feel whatever comes up. Don’t push it aside. Stay there for a few minutes.

3. After you’ve replayed it in your mind, put yourself in the other person’s shoes and reframe it.

What was going on with them? Were they frustrated, stressed, or angry? This is important, because it could signal that something was said in a moment where the person was lashing out and did not mean to harm. It could also reveal that you took something out of context.

If there is no proof, the belief is false and should be discarded. You will feel lighter after releasing it. If there is proof, you now have a rock solid foundation from which to start changing.

Changing behavior need not be intimidating. It requires that you be mindful when making decisions. You’ll want to make decisions that will get you to where you want to go in life. I ask myself a single game changing question in everything I do: “Is this is alignment with my authentic purpose?” If it isn’t, I choose instead to do something that is.

When you do that consistently, you’ll change both the behavior and the negative belief.

You’ll gain confidence and momentum, and you’ll start achieving things that once seemed out of reach.

Most importantly, you’ll realize that others’ words don’t define you. The words you use about yourself and the actions you take do.

Mike DiLeone is the author of “Your Life Vision”, a multisensory coaching guide designed to help you identify and end self- defeating behaviors and create the life you truly want to live. He is a coach for a world renowned Training organization and in private practice and can be found at http://mikedileone.com/.

Get Unstuck: Stop Believing the Negative Stories You Tell Yourself