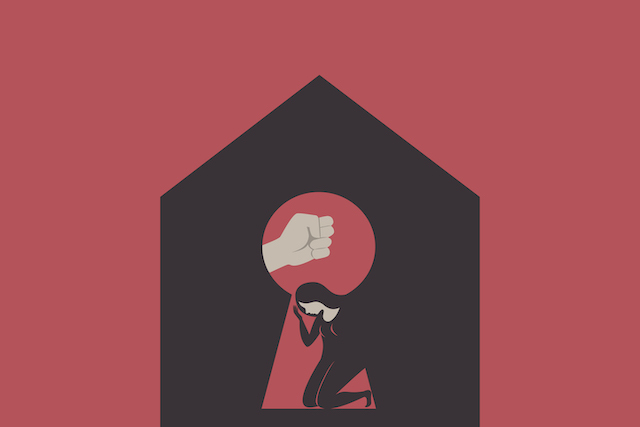 “At any given moment, you have the power to say: This is not how the story is going to end.” ~Christine Mason Miller

Several months ago my partner’s father (we’ll call him D) verbally attacked me. A couple weeks later it happened again, except this time it was more aggressive and more personal.

When I calmly told him that his behavior was unacceptable, he became angry and spent the next several months using every tool in his vast arsenal to put space between my partner and me.

And for a while it worked.

Suddenly I found myself constantly obsessed over the confrontation, playing it back in my head like a bad movie that wouldn’t quit. I was sad all the time over the continued aggression, as well as the loss of the illusions I had unconsciously subscribed to. (“But we’re a family!” and “It’s supposed to be different than this!”)

Most importantly, though, I found myself removed from the happy, joyful person I was before. Instead, I was consumed by feeling angry, wronged, and resentful, seemingly unable to climb out of the hole of alienation and anger.

We all want to be accepted, seen, and loved, but it’s hard to feel any of those things when we’re too busy feeling victimized or picked on.

There’s no doubt that my partner’s father was out of line and that his behavior was disrespectful and hurtful, but there’s also no doubt that I allowed myself to be affected by it.

We’ve all heard that nothing ever goes away until it’s taught us what we need to know, and now that I’ve learned my lessons, I can tell you about some of the ways I was able to move past the anger and hurt:

1. Remember that people who seek to make others miserable are miserable themselves.

Most of us couldn’t imagine consciously attempting to tear down another human being through our words, and that’s because most of us are not in a place of such deeply rooted despair and self-loathing.

I had a very hard time understanding the hurtful things D said to me, and for many months I insisted on making it about my own inadequacy and wondering why I wasn’t good enough for him.

This went on until I came to understand that a person who is so accustomed to violence from within does not know how to function without creating external violence, as well.

As D’s attacks continued to get more and more violent, my partner’s family began to push me to appease D in order to smooth things over. The thing about this approach, however, is that although smoothing things over would’ve been expedient, it wasn’t exactly right; and as such, I didn’t want to do it.

I wanted to hold out. I wanted to insist upon better treatment, yes, but mostly I felt the need to stay true to myself and to uphold my own moral standards. As author Maya Angelou has said, “Right may not be expedient, it may not be profitable, but it will satisfy your soul. It will give you the kind of protection that bodyguards cannot provide.” And, of course, she’s right.

Part of freeing ourselves from the anger and resentment that surrounds negativity is to not allow ourselves to be altered by negativity. We may experience great external pressure to “go along to get along,” but, at the end of the day, it’s more important to act in a way that you can look back upon proudly.

It may seem like an oxymoron, but it is possible to establish and maintain compassionate boundaries. I couldn’t completely walk away from D because of his proximity and relationship to my partner, but I could make it very clear that I would not accept such attacks in the future.

By making our mental, emotional, and physical space into a safe harbor, we can carefully control what is allowed to enter our hearts and minds.

We might not be able to transform the person trying to harm us, and indeed it is not our job to do so, but by insisting upon the creation of a safe space, we make the tiny spot of earth upon which we stand a better place and, consequently, we render ourselves less available for hurtful attacks in the future.

I had to fight to stay calm many times during the months following D’s attacks. Part of me wanted so badly to return venom, but looking back, I’m glad I never did.

As we all know, it’s easy to lose our heads when we are faced with an intensely emotional situation, especially one that feels like an assault on our dignity. But returning aggression for aggression ultimately does not serve us and, indeed, only serves to fuel the fire of the aggressor.

The best thing we can do when we feel overwhelmed with intense emotion is to transport ourselves mentally to a place five years down the road, look back at the situation, decide what type of action would make us proud in the future, and then act that way.

Getting angry might feel like a release in the moment, but that’s a false sense of righteousness. It’s better to state your truth quietly and calmly and remove yourself from the situation. By doing this, we refuse to allow ourselves to be transformed by the intensity of the emotions; instead, we act in a way that allows us to feel good about our actions, which is the first step to healing from the initial hurt.

5. Only do the work that is yours.

One of the toughest lessons I learned is that I couldn’t “fix” the situation, because the situation involved a lot more than just me. I wanted my partner to protect me. I wanted his family to respect me for standing my ground. I wanted a lot of things and, for months, I made myself crazy trying to get them.

It was only after I realized that I was waiting for someone else to “fix it” that I was finally able to let go.

I realized, finally, that if I was going to feel safe and respected and loved, it had to come from within.

So, I started actively chasing the things that made me feel happy and safe: I invested myself fully in the beginning steps of a career that I love. I spent more time with friends and my family. I cooked huge meals for nobody but myself. I read ravenously. I went to therapy. I took long walks. And this is where the healing came from.

It’s inevitable that other people will hurt us. We can’t avoid it and we don’t even need to understand it entirely; all we need to do is learn to take care of ourselves when it does happen. We cannot change the actions or perceptions of other people, but we can change how we respond to them.

We can choose not to harbor anger and resentment; we can choose to forgive and to walk away. We can focus on the things that make us feel safe and happy and devote ourselves to nurturing those relationships and hobbies.

We can use the negativity of others to become stronger, happier, and more complete. We can rewrite the ending.

Ashley Arcel is a freelance writer and student Midwife. She is interested in writing as a way to fully embrace and explore the human experience and to celebrate the unique moments of joy and sorrow that are a part of individual discovery. She lives in Bozeman, Montana. Visit her at The Girl in Long Shorts.