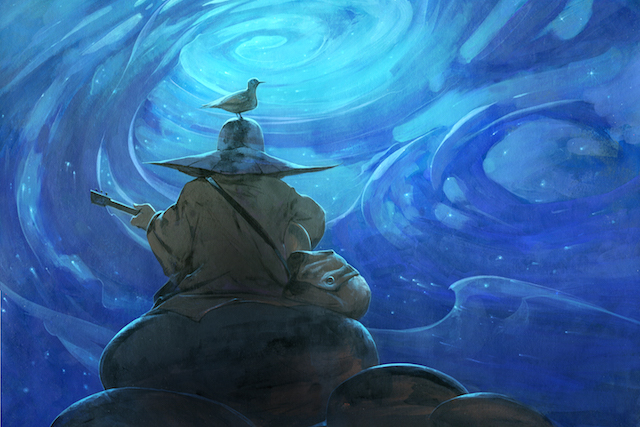 “Life isn’t about finding yourself. Life is about creating yourself.” ~George Bernard Shaw

I would say it’s a safe assumption that most people aren’t quite sure what they’re doing.

What do I mean? I mean that most individuals—whether they look polished and presentable or haphazardly have their life thrown together—are generally playing a game called “life.” And they’re trying the best they can.

In other words, we’re all capable and have all experienced the highs and lows of what life has to offer. Unfortunately, that’s just part of the human experience. To try to ride the highs while avoiding the lows is counterproductive and, quite frankly, impossible.

But it’s also easy to feel like you’re falling down a dark rabbit hole when times are tougher. And one of those feelings revolves around our desire to make an impact on this world, finding what really drives us.

Great! Now, where to start?

And that’s the problem. Most of us, including myself, have fallen victim to not knowing what to do with our lives, both professionally and even personally.

Failing Whether You Want To or Not

Life isn’t about an end goal or a destination. Life is about enjoying the ride and trying different things. Things you will succeed at and things you won’t succeed at.

I personally have failed at many things in my life in its two most common forms: action and inaction.

One of my biggest “failures” of inaction was sticking with a career that I didn’t enjoy on any level for far too long. It got so bad, I would begin to dread Saturdays because I knew the next day was Sunday, which meant the day before the workweek began. And when that week started, I counted the days down until the weekend.

And the cycle would repeat. Yet I kept this uncomfortable routine for years, lying to myself and saying that it was okay because I had a stable job, a good income, and it could be worse.

I was too scared to take a step or make a move. And years flew by before I realized it was time to take one.

I also didn’t move when I had the opportunity to. I didn’t take a trip because it might have required a bit more financing than I thought. I didn’t volunteer because life got busy and I shelved the idea.

The lack of moving forward, or taking a step, results in a failed effort to grow as a person. We begin to regret that we didn’t do X, Y, or Z. And unfortunately, living with regret is the fastest way to bury yourself into a hole.

But failure can also occur as you go about sticking your neck out and trying different things.

And unfortunately, this is the one that scares most people. Why? Because there is nothing worse than actually taking a leap of faith, only to have it blow up in our face. We may learn valuable life lessons from it, yet it doesn’t exactly help our arch-nemesis, the ego.

But as Wayne Gretzky once said: “You miss 100 percent of the shots you don’t take.”

So if the last relationship you got into didn’t work out, it’ll be okay. If the job you switched to didn’t turn out in your favor, not a problem. And if telling someone your true feelings got you on the wrong side of the equation, so be it.

Now you know. And you never would have known if you didn’t take that step. Rest easy knowing that you made the effort.

I remember at very specific points telling myself that sooner than later I’d figure out what I wanted to do with my life, but I needed to keep my job in the meantime.

I used to think that a lightning bolt from Zeus himself would come down and strike me, in the form of some epiphany wrapped in a layer of motivation. This “lightning bolt,” some kind of chance meeting with someone or witnessing something, would basically give me all the info I needed to pursue the things in life that were meant for me.

I was convinced it was that simple.

As you can imagine, that lightning bolt never hit, and I felt stuck. And it was equally hard to imagine a different life besides the one I was living: going to work, watching TV, and going out on the weekends with friends.

This life I was living had done me fairly well up to this point, but I knew something was missing. What that piece (or pieces) were, I didn’t know. But all of us, at some point, feel that sort of “empty” void when we know something is absent.

After awhile, I began to take steps to try different things that struck my fancy. Things like writing, taking an art class, volunteering, reading, researching different industries and careers, and many more. If it stuck out to me, I was willing to give it a shot.

And here you have executed on Newton’s First Law of Motion: An object either remains at rest or continues to move at a constant velocity, unless acted upon by an external force.

Looking back, all of the small things I tried were baby steps, but very important ones. It was these tiny little movements, so to speak, that enabled me to start moving in a direction that gave me greater joy and led to more fulfillment.

I started writing for a local magazine, free of charge, in an effort to practice my writing. I made it a point to read at least one book every two weeks, and ended with over thirty-four by year-end. I went back to school and completely changed careers.

And, as you can imagine, life got much better. But it didn’t go completely smoothly. I had some wrong turns in there, including taking a bad job and entering a bad relationship.

I did all these things in an effort to find my true calling, the one or two things that completely light me up and I would do for free without hesitation. Have I found it yet? I can’t say I have.

And yet somehow, I’m a little more at ease knowing that while I may not know what I want to do with my life, I’m trying things that will help me eventually find it.

You Have An Amazing Ride If You Want It

If I were to tell you with 110 percent certainty and conviction that life has an amazing ride in store for you if you were to take baby steps toward finding yourself, would you do it? If I were to then tell you that no matter what steps you take, you will ultimately fail at some point, would you still do it?

It should give you comfort to know that the steps you take won’t be perfect by any means. And knowing they’re not perfect should take the pressure off on trying to create immaculate scenarios every single time.

I know one thing: I’m much closer to finding my life’s purpose than I was before. And it’s because I’ve taken steps to try different things and see what sticks and what doesn’t.

5 Tips to Help You Take Action to Overcome Your Fear