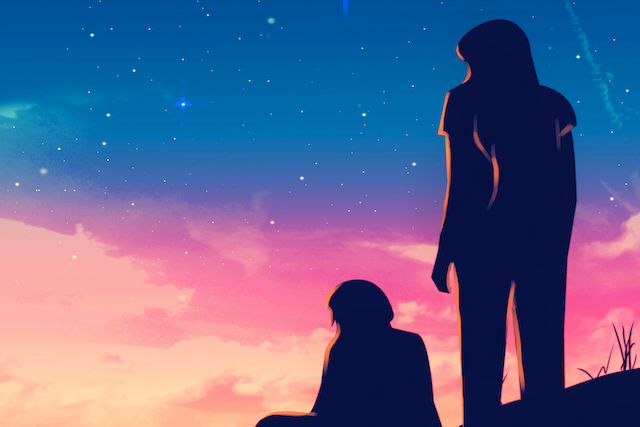 “Be gentle first with yourself if you wish to be gentle with others.” ~Lama Yeshe

Think back to the last time somebody apologized to you about something. Did you forgive them? There is a very good chance that you did.

Now think back to the last time you harmed someone else. Have you forgiven yourself? Probably not.

We all make mistakes. Oftentimes, through our actions, somebody gets hurt.

During this past year, I served as a liaison between my fraternity and a seventeen-year-old cancer patient in a local hospital through the Adopt-a-Family program. This patient, Josh Goldstein, passed away around the beginning of March.

In the month after Josh died, I was overcome by shame. My belief that I was a fundamentally good person was shattered. How could I be so neglectful? Why did I not spend more time with him?

This feeling climaxed during “Family Hour” of Rutgers University Dance Marathon (a thirty-two-hour, student-run event that raised over $442,000 for families that have children with cancer and blood disorders). I was standing in the rafters, listening to a speech by the mother of one of the families that we had helped.

I couldn’t bear to hear her thank us for all the wonderful things she said we had done when I felt, deep down, that I was a bad person!

I literally could not touch my friends who had been standing next to me because I might have contaminated them with the disease that was my poor character.

This terrible feeling continued, and tears began to stream down my face. Flashing before my eyes, I saw all the opportunities I had to visit Josh in the hospital but had chosen not to.

Then my memory came to our fraternity meeting where Josh’s death had been announced. His last wish had been that we would not forget him after he passed. I pictured Josh saying this over and over again.

And then a strange thing happened: I realized that not only was I not going to forget Josh, but that I would never make the same mistake again.

In an instant, I had forgiven myself, letting go of the pain and accepting that I could still be a good person even if I made a serious mistake.

How to Forgive Yourself Right Now

1. Accept yourself and your flaws.

Know that despite your flaws, you are okay as you are. Your flaws, rather than making you “less” of a person, are what make you who you are. What you think of as a defect actually makes you far more interesting to others.

You are not perfect. You make mistakes.

But you are also on a path of growth. Your mistakes and failures help you improve. As flawed as you may be, you must accept yourself, flaws and all, if you are to make progress in your life.

2. Remember that you are not a bad person.

Realize, right now, that there is a very big difference between doing a bad thing and being a bad person. Even when you do something that you regret, you most likely had a valid reason for doing it at the time (even if that reason doesn’t make rational sense).

You didn’t do something bad because you are a fundamentally bad person; there was an intent, or valid motivation, behind your action.

Sometimes you just need to get it off your chest. Talking to someone else about what is bothering you can have serious benefits.

4. Talk to your internal voice.

It can be useful to “personalize” your internal voice. Imagine that there is some other entity that is thinking your self-critical thoughts and have a conversation with them.

It might sound silly, but you should give this entity a name, which will reinforce the idea that this voice is separate from you.

During your “conversation” I want you to ask your internal, critical voice what its positive intention is. This voice is saying what it’s saying for a reason. It might be to protect you, to prevent you from making the same mistake again, or to help you improve in some way.

When you realize that your thoughts of guilt or shame are intended for your benefit, it becomes easier to forgive yourself. You can find another way to satisfy that positive intent while reducing your guilty feelings.

In my case, one of the positive intentions of my internal voice constantly shaming me was to help me remember Josh after he passed. Since forgiving myself, I have dedicated each of my yoga sessions to Josh, which ensures that he will not be forgotten.

5. Do the best friend test.

Imagine your best friend had done exactly what you did and then came to you for advice. What would you tell them?

Why can’t you say this to yourself?

(Erin Pavlina has written a fantastic example of using this technique that I highly recommend checking out!)

Forgiving yourself is far more challenging than forgiving someone else because you must live with yourself and your thoughts 24/7. Despite the challenge, emotionally healthy people must have the capacity to forgive themselves when they have made a mistake.

When you forgive yourself, you are not pretending as though it never happened. On the contrary, you are acknowledging that your actions have consequences. But the consequences need not include self-inflicted negative feelings.

Not forgiving yourself is like picking at an open wound; you are only making a bad situation worse. The wound is already there, but you do have control over your reaction to it, and you can stop it from getting worse.

If you forgive yourself when you make a mistake, it’s easier to address the consequences of your action in a productive way.