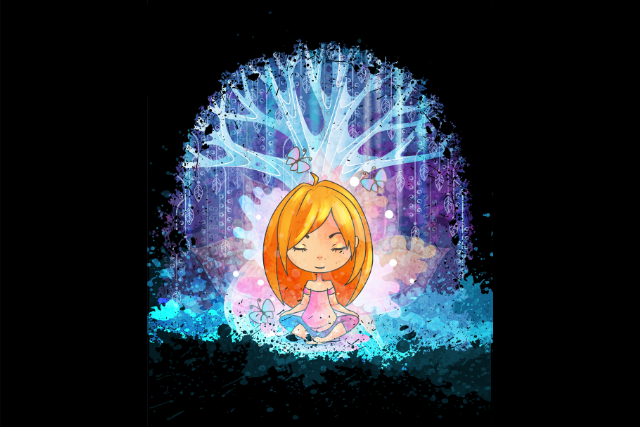 “Boundaries are a part of self-care. They are healthy, normal, and necessary.” ~Doreen Virtue

I’m really nice. Too nice actually. I’ve even been something of a doormat in my life.

But what can I say? I was trained that way.

There weren’t a lot of boundaries in our home when I was growing up. Instead, my addict mom was either checked out, partying, or raising hell, so I became the adult in the room. I was at her service most of the time.

By age six, I was regularly talking my parents through their fights. I’d moved on to career counseling Mom by age eight. The message was clear. You are here to help—and don’t forget it.

I grew up dreaming of a burden-free life where I’d finally get to do what I wanted. Yet, there I was, years later, letting my bully boss carve out large parts of my soul as I worked through weekends, holidays, and more.

I felt an enormous burden or responsibility all the time and became known as the onsite problem solver, no matter what the circumstances. The first time this happened was in a Manhattan ad agency, when I easily sacrificed my Saturday to take one for the team.

It seemed critical that I do so. After all, the agency’s biggest client was involved. It didn’t even occur to me that I could say no. Instead, I told myself the following lies:

“If I don’t do this myself, it will never get done and everything will go straight to hell.”

“I am literally not allowed to say no here. If I do, I might get fired.”

Or the biggest lie of all: “Just get through it. Then you never have to do this again.”

Ironically, I told myself that last one hundreds of times as the years passed. Consequently, I became ever more degraded, worn out, and overworked. I was a hamster caught on an impossible treadmill.

I thought I’d finally found the solution when I went freelance and started my own business. This way, theoretically at least, I could make up all the rules. Turns out I couldn’t even set boundaries with myself. The pattern of over work continued, virtually unchanged.

In all of this time, it never once occurred to me that I could say no. Or that I had the right to create my life just as I wanted it. Even if that meant changing jobs or relationships. Because, yes, the boundary violations continued in love, as well.

Here I was expected to follow my partners’ agendas, no matter what I actually thought or needed. Conveniently, I generally had no idea, so I went along with everything they suggested.

And yet, the universe can only put up with delusion like this for so long. Finally, my false reality came crashing down around my ears, as everything in my world slowly began to unravel.

First, the shining business I had built over decades suddenly fell apart. As it turned out, I really couldn’t see clients ten hours a day with no time for myself. At this point I’d had the flu for months, and I was seriously exhausted. Each day it was a struggle just to get out of bed, let alone consult with people.

For the first time in my adult life, not working and taking a little break actually seemed like a good idea.

Then I my relationship collapsed. At the time, I’d given up my San Francisco apartment and followed my partner out of the city, letting go of everything I’d built for myself. This happened in spite of the gnawing emptiness I felt about the relationship. And despite the fact that both of us had expressed doubts just before the move.

Deep inside, part of me knew that following her was a huge mistake. But I went, mainly because she thought it would be a good idea.

Yet again, I had no idea what I thought.

One morning, two months after I moved in, she turned to me in bed and calmly told me she had no romantic feelings for me. Though, with a smile, she added that I was welcome to stay as “a roommate.”

Finally, my fury arrived. This was, of course, not our deal. Angrily I packed up my suitcase, loaded up my car, and began to drive. As I barreled along, I began to experience feelings I hadn’t felt in years. In an instant, I saw how I’d been used again and again in this relationship—and in so many others.

As I crossed the Golden Gate Bridge on my way back into the city, I looked over at the Pacific, gleaming in the sunlight beside me. I felt the wind on my face, and for once I felt entirely, completely free. Suddenly I was massively relieved. Tears of gratitude filled my eyes as I drove, awake for once to the enormous possibility my life now presented.

This was my golden opportunity to do things differently—the way I wanted. Finally, I was filled with hope as I realized I could, indeed, set boundaries. I could say no whenever I wanted to. And I could say yes to what I did want.

I really could rise up and create a healthy, beautiful, abundant life for myself. I could feel in my gut this was true. That day, I made myself a promise. No longer would I tell myself to “Just get through it” when I didn’t want to do something, Instead, I was going to damn well say no, whatever the consequences may be.

Now, some years later, I have indeed built the life I’d longed for. And what’s present is me, pure and simple. I no longer hide away in overwork. I don’t pretend things are okay when they’re not. And I don’t think I have to solve everyone else’s problems.

1. I notice when someone makes me uncomfortable. Instead of running from that red flag, I listen and heed.

2. I try to own my feelings, even when they scare me. Even if I have to go be by myself for a while to process things.

3. I kindly, firmly speak up about that which I don’t like or agree with.

4. I make requests when I need to.

5. I walk away when necessary.

6. Most of all, I recognize that somebody else’s problem is not mine. They get to solve it, not me. So they get to enjoy the lessons that follow.

By following these simple ground rules, I’ve found my way back to serenity, a happy marriage, and work that truly fulfills me. When you allow yourself to finally own your boundaries you not only serve yourself, everyone else around you becomes clear where you stand, as well.

Not only can you set boundaries, you simply must. For this is the path to owning your power, as well as your joy.

Your boundaries are nothing less than self-affirming gold.