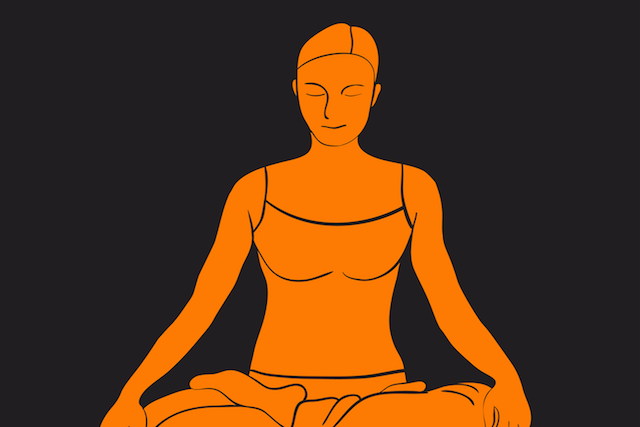 “Waiting is not mere empty hoping. It has the inner certainty of reaching the goal.” ~I Ching

Waiting has a bad rap in modern Western society. It’s not surprising that I had to look to an ancient Chinese text (the I Ching) in order to find a suitable quote to begin this article. We don’t like to wait! It’s far easier to find quotes on the Internet about “seizing the day” and making something happen.

I’ve been an impatient person for much of my life. I wanted things to happen to me! I had a definite agenda in my twenties: finish college, start my career, get married, and have a family. So I declared a major and started knocking off my goals. When it was “time” to get married, I picked the most suitable person available and got on with it.

I really didn’t know much about waiting. I thought it was something you did if you didn’t have courage or conviction. It was just an excuse not to take action. I know better now.

What I’ve learned since then is that waiting is one of the most powerful tools we have for creating the life we want.

The ego, or mind, is very uncomfortable with waiting. This is the part of you that fairly screams, “Do something! Anything is better than nothing!” And, because we are a very ego-driven society, you’ll find plenty of external voices that back up that message.

The mind hates uncertainty, and would rather make a mistake than simply live in a state of “not knowing” while the right course unfolds.

There’s a term I love that describes this place of uncertainty: liminal. A liminal space is at the border or threshold between possibilities. It’s a place of pure potential: we could go any direction from here. There are no bright lights and obvious signs saying “Walk this way.”

Liminal spaces can be deeply uncomfortable, and most of us tend to rush through them as quickly as possible.

If we can slow down instead, the landscape gradually becomes clearer, the way it does when your eyes adjust to a darkened room. We start to use all of our senses. The ego wants a brightly lit super-highway to the future, but real life is more like a maze. We take one or two steps in a certain direction, and then face another turning point. Making our way forward requires an entirely different set of skills, and waiting is one of the most important!

There’s a proper timing to all things, and it’s often not the timing we want (now—or maybe even yesterday). There are things that happen on a subconscious level, in ourselves and in others, that prepare us for the next step. Oddly, when the time to act does come, there’s often a sense of inevitability about it, as if it was always meant to be this way.

Look back over your life and you’ll see this pattern. First, look at the decisions that you forced: how did those turn out? Then look for times when you just “knew” what to do, without even thinking about it. What happened then?

The key to the second kind of decision is waiting for that deep sense of inner knowing.

That doesn’t mean you’re certain that everything will turn out exactly the way you want it. Or that you don’t feel fear. But there is a sense of “yes, now’s the time” in your body that I liken to the urge that migratory birds get when it’s time to leave town. They don’t stand around debating whether to go, consulting maps and calendars. They just go when the time is right.

We’re animals too—we have and can cultivate that inner sensitiveness that lets us simply know what to do when the time is right. But to do that we have to unhook from the mind. Thinking is useful up to a point, but we usually take it far beyond the point of usefulness!

We go over and over various options, trying to predict the future based solely on our hopes and fears.

We talk endlessly with others about what we should do, hoping that they have the answers for us (and, ideally, trying to get everyone to agree).

We think about what we “should” do, based on any number of external measures: common sense, morality, religion, family values, finances, and so on.

And then usually we add this all up and just take our best shot.

A better way is to take stock of what you know (and, even more importantly, what you don’t know) and then… wait.

If there’s some action that calls to you, even if it’s seemingly unrelated to the question at hand, do it! Then wait again for another urge to move. Wait actively rather than passively. That means: keep your inner senses tuned to urges or intuitions. Expect that an answer will come. As the I Ching says, wait with the “inner certainty of reaching the goal.”

This is not the same kind of dithering and procrastination that come when we want to try something new but are afraid to step out into the unknown. If your intuition is pulling you in a certain direction and your mind is screaming at you to “Stop!” by all means ignore your mind.

There’s a subtle but very real difference between the feeling of fear (which holds you back from doing something you long to do) and misgivings (which warn you that a decision that looks good on the surface is not right for you).

In both cases, look for and trust that deep sense of inner knowing, even if your thoughts are telling you different. A friend once told me that her father’s best piece of advice to her was: “Deciding to get married should be the easiest decision of your life.” How I wish I had known that when I made my own (highly ambivalent) decision!

My head was telling me that this was the sensible thing to do, and he was a good man. My gut, however, was far from on board. I still vividly recall the many inward debates I held about whether to marry him, and even the dreams I had that revealed my inner reluctance. Unfortunately, I went with my thoughts over my instincts.

Now I know this: If you have to talk yourself into something, try waiting instead. More will be revealed, if you give it some time.

Ignore that voice in your head that says you need to make a decision now. Don’t rush through life. Linger in the liminal spaces and see what becomes clear as you sit with uncertainty. Learn to trust your gut more than your head. Have faith that the right course will unfold at the perfect time. And then, when the time comes, just do it, as simply and naturally as the birds take flight.

How to Push Through Phases of Uncertainty