My Ordinary Checklist for a Highly Successful Life
By Orit Wittenberg 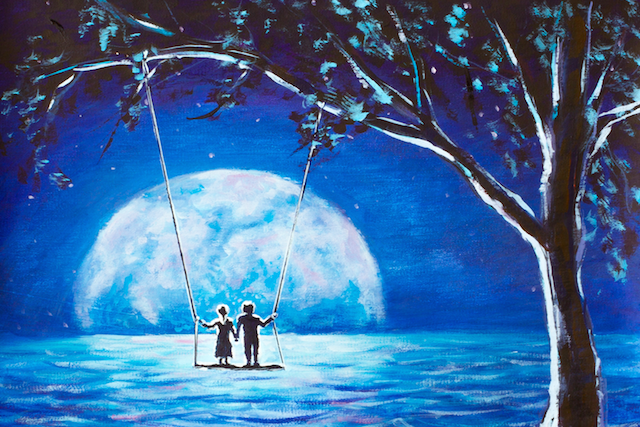 “In this world, an ordinary life has become synonymous with a meaningless life.” ~Brené Brown

As I see it, there are two types of people out there.

There are those who read goal attainment books and feel inspired, and me.

The former will read the anecdotes about all those underdogs who beat the odds and managed to achieve wealth and prestige beyond their wildest dreams, and will say to themselves, “Wow! That could be me!” They’ll feel enlightened, invigorated, and revved up to make a change.

And then there’s me.

While I may initially pick up such a book with genuine interest, my desire to whip my life into shape will invariably do an about-face leaving me anything but inspired. If I say anything to myself as I read, it’s more likely to be a string of ego-deflating curses than a yearning-filled “one day that’ll be me.”

I actually discovered my aversion for success books by accident. Charged for work with the task of developing an online course on the topic of goal attainment, I began to do some research.

At first, it all seemed dandy. To-do lists? I can get behind those. Articulating a vision for the future? Check, check! But then, as I started to delve a bit more, I began to sink into a mire of confusion amid all the contradictory advice:

Make to-do lists and then prioritize them by urgency. No, not by urgency, by importance, because that’s the way to a meaningful life. Except that to-do lists are actually now passé, so chuck those altogether. It’s the “less is more” mindset that will breed success.

Just make sure you’re not spending too much time planning your tasks, because that takes you away from working on them. Although, most failed projects could have been saved at the planning stages, so planning is crucial before embarking on any project. You would have known all of this had you properly color-coded your task list in the first place!

The more I delved, the more aware I became of an undercurrent of shame that was slowly simmering inside of me. It was the feeling that something was dreadfully wrong with me if I was not willing to do whatever it takes, like the underdogs in the books.

Didn’t I have any faith in the universal laws that turned out Oprahs and J.K. Rowlings and an endless stream of other success stories? Why, it might be as simple as manifesting my destiny with positive thinking, or mindfulness, or a cream cheese bagel for all I knew.

No dice. Guess I’m just not built for success.

And yet at some point, maybe just for fun, I began to consider an alternative: What if most of the people I know are more like me than them—you know, busy with life, proud of themselves when they hit “good enough,” happy to have work that is more or less satisfying, even if it’s not tremendously lucrative or glamorous?

What if others don’t view themselves as a rags-to-riches tale waiting to happen and instead walk around with their heads held high simply because they are proud of the ordinary lives they are living?

It felt subversive, empowering, and indeed nothing short of revolutionary.

Success doesn’t have to mean a coastal beach house or getting up to speak in front of a crowded audience where everyone knows just who you are, what you do, and how much you’re worth.

There is a quieter, softer form of success.

I began crafting my own definitions and principles of success. Things along the lines of:

* If you have one more positive thought today than you had yesterday, you’re successful.

* If you have just one thing to be proud of, or be grateful for, or to celebrate, even if it’s just the fact that you didn’t rip anyone’s head off even though you had a miserable day, you’re successful.

It’s a sad sign of the times that success is measured in extraordinary terms only. It’s as if the benchmarks of ordinary, mundane success have now been rendered obsolete, or worse: something to feel ashamed of.

It takes heaping amounts of courage to step back from the grandiose expectations of what success books tell you life could be and say that what you already have is enough. Maybe even more than enough. But in truth it is.

So, if you, like me, are an “unsuccessful” type, the type that reads about the Oprahs of our world with little more by way of reaction than a “that’s nice,” remember that great potential for success lies in your own backyard.

Success is what you make of it—even if that means simple, boring, ordinary ole everyday life.

Orit Wittenberg is a Jerusalem-based writer, editor, and mom. When she's not working on creating content to help people live better, "realer," more meaningful lives, you'll find her playing with her three young boys, or playing piano, or painting, or painting her two young boys as they play piano.

How Accepting That We’re Ordinary Opens Us Up to Love