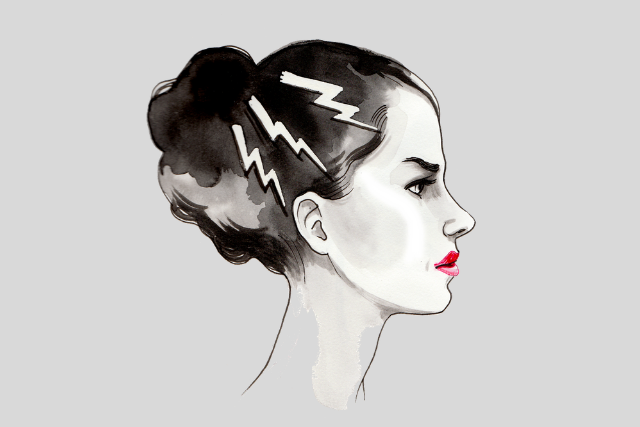 “How people treat other people is a direct reflection of how they feel about themselves.” ~Paulo Coelho

By nature, I am a happy, optimistic, idealistic person. I have always been one to look on the bright side and see the good in people. My usual philosophy in life is that the world is full of brightness, love, and possibilities to seize.

Recently, though, my philosophy began to fade in the face of a mild depression.

I began to cry a lot and retreat into myself rather than being social and opening up, which only furthered the problem. I felt alone, miserable, and, try as I might, I could not regain that feeling of the world being beautiful.

I felt like something had crawled into my brain and flipped all the positive switches off and the negative ones on. I felt hopeless, like it was more of a disease than a feeling.

Before the depression, I was a kind, gentle, and compassionate person. Sometimes I was even too gentle, afraid to bring up anything that might offend someone else or damage our relationship.

I didn’t understand how other people could be mean, rude, or offensive toward strangers or friends. I took it personally when people affronted me or were curt with me, believing they were truly out to get me for something I’d done.

When people were mean, I figured it was a personal choice, that it was a conscious decision to stop caring about other people’s feelings and opinions.

When I became depressed, though, my temper shortened and I felt far more irritable.

I had little patience for anything, and I lived in a constant state of anxiety about social interactions. Whenever I engaged in conversation with someone else, I assumed they found me boring, annoying, or self-obsessed, and it sent me even further into my sadness.

I started to become rude and unkind myself. I lashed out at people, or, more commonly, gave them passive aggressive excuses for distancing myself from them.

I even became prone to insulting people as a way of protecting myself if they didn’t like me.

I didn’t make a conscious decision to be mean. I didn’t wake up in the morning and think, “Today, I am going to hurt someone’s feelings.” It just happened in the moment when I was feeling especially down on myself.

Most of the people I was rude to were actually friends of mine, people I liked and had nothing against.

This is no excuse for rudeness, offensive behavior, or being unkind to other individuals. I am not proud of the way I’ve acted, and I’m not suggesting you follow in my footsteps, but it did give me a new perspective on other people I come across who are less than kind.

When someone is rude for no reason, especially a stranger, it’s rarely a personal assault, even if you accidentally did something to irritate them.

People aren’t mean for the sport of it, or because they are against you; people are mean to cope.

Being unkind, more often than not, is a reaction to anger with ourselves or our perceived inadequacy. When I was rude to other people, it was because I was afraid they wouldn’t like the nice me. I didn’t mind if they were angry at the fake, unkind me, because it really wasn’t me.

I felt unlovable, undesirable, and antisocial, and I needed a way to cope with these feelings by giving myself an alter ego that deserved to be disliked for reasons I could understand.

When you find that people are being rude to you in your everyday life, they are really being mean to themselves.

They have likely convinced themselves that they are unworthy of love, and that is the biggest tragedy of all.

You don’t have to tolerate it when others are not nice, but it’s not something to take personally.

You don’t have to internalize the meanness as a fault of your own. You can simply recognize that the person being rude is struggling with their own problems, and needs a way to cope with them.

You cannot control the actions and behaviors of others, only your personal reactions to them.

If you yourself are the one who has been unkind, it is time for self-reflection. Why do you attack people? What are you trying to protect yourself from?

In my case, I got depressed because I felt socially awkward and I began losing friends. After that, I shied away from social gatherings, only augmenting the problem.

I constantly thought negative things, such as “Nobody likes you,” “Who would want to be your friend?” and “You are not worthy of the friends you have.” I created a toxic environment inside my own head, and it wasn’t based in reality.

It’s not an easy process, and for many, it requires therapy and months of time. However, you can begin your journey back to kindness by being kinder to yourself.

Listen closely to your destructive, self-critical thoughts. Are they based in reality, or are you fabricating them?

If you criticize yourself because you feel guilty about things you did in the past, work on nurturing self-forgiveness, just as you’d forgive a loved one for those same mistakes.

If you criticize yourself because you were raised to believe you were a bad person, recognize this isn’t true, and know that you can choose to heal and challenge this belief as an adult.

Try to look at yourself from an outside perspective and remind yourself of all the unique and beautiful qualities you possess and have the ability to share with the world.

With enough time and effort, you will begin to see the pattern in your unkind behavior and its link to your own anger at yourself.

Once you can hone in on your feelings about yourself, you can begin to make conscious decisions to be kind to others instead of lashing out as a coping mechanism.

I have always unfalteringly held the belief that people are inherently good, and only do bad things in reaction to bad situations.

The most important thing to remember, whether you are receiving or giving unkindness, is that you are inherently good, too, and deserve to be loved, no matter what you or someone else tells you.

Avery Rogers is a high school student in California. She aspires to be an author, spiritual writer, and neuroscientist when she grows up. She is the creator and host of the Brainstorms Podcast, a neuroscience podcast for teenagers. She also runs a personal blog about love, spirituality, and the meaning of life at on her blog Pluto’s Journal.

How to Boost Your Self-Worth: 7 Tips to Feel Better About Yourself

The Greatest Lesson We Learn When Someone Is Unkind