Why Some Things Trigger You Emotionally and Others Don’t
By Paula M. Jones 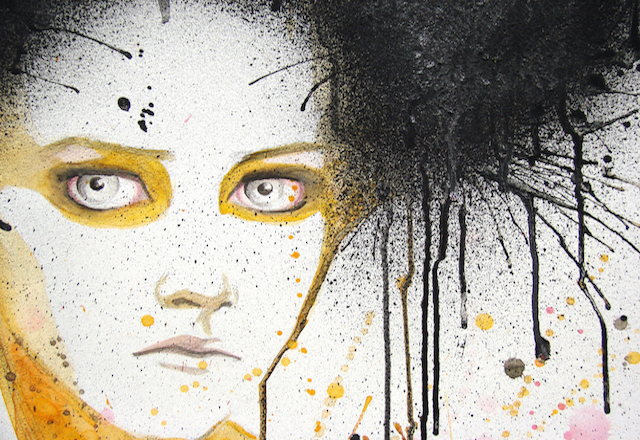 I had been having problems with my email. I dreaded calling technical support, since my experience in the past involved sitting for a long time on hold and listening to someone reading from a script instead of thinking creatively about my problem. However, since I could not fix the problem myself and I felt I had no other options, I called my Internet service provider’s technical support line.

True to form, after thirty minutes on the phone we had barely moved past the point where I had repeated my name and account number to four different people. Then, after another hour on the phone while attempting to solve my problem, the technical support representative actually lost some of my emails.

I’m not going to sugarcoat this. I went ballistic.

Like most people, I’ve spent many hours of my life on the phone with technical support representatives, attempting to fix something that is very important to my life and my livelihood—my computer, my Internet connection, my phone, etc. When they can’t fix the problem, I become completely hateful toward them. For some reason, it’s this one area that just turns me into the ugliest version of myself.

I’m not proud, but I have said some of the most vile things to these people on the phone because I want them to feel as bad as they are making me feel with their robotic repetition of “I’m so sorry for the inconvenience” or their insistence that their software isn’t the source of the problem; it must be my hardware.

I used to hide the fact that I went ballistic. It felt like an ugly secret that I would occasionally lose it with someone on the phone. I think it’s healthy to be embarrassed about completely losing your cool, but it’s also healthy to learn from the situation so you don’t lose your cool so easily the next time.

I have always assumed that my level of anger during these situations is much greater than the general population’s, although recent recordings of profanity-laced customer service calls around the Internet is making me question this.

When I mentioned to a friend that I was fighting with Comcast, she quickly replied, “That’s enraging.” Even my therapist described her own experiences with technical support calls as “crazymaking.” Hey, it’s from a therapist. That makes it official.

I still knew that my particular reaction was overblown. How do I know this? I look to the people around me as a gauge. I pick those people who have a generally positive outlook on life, who are stable, content and able to meet life’s challenges with resilience. I observe their example. I don’t look to those people who have a generally negative outlook on life. Grumpalumps are not a good gauge for what is normal behavior.

I wondered aloud to a friend one day about my overblown reaction to these situations. She knows me well and offered this piece of wise advice. She said, “When you’re hysterical, it’s historical.”

Growing up, I had a pervasive sense that I was surrounded by incompetent people who could not help me when I clearly needed it. I sensed this because it was true. Trust me. That sense of frustration was something that sat, ever so close to the surface, ready to be triggered, well into my adulthood.

Enter the incompetent technical support representative who knows less about my iPhone than I do. In that situation I am, in fact, surrounded by people who cannot help my when I clearly need it.

Trigger. I flash back to feeling like that frustrated little kid who felt that my clear requests for help went unheeded. I wound up figuring everything out by myself, since the people around me were unable to recognize the needs of others and to be of help. That made me furious—and exhausted. It’s that part of me who freaks out at the technical support representative.

We are all carrying around that kind of old, outdated baggage in our present-day lives. This is why what triggers one person is absolutely no big deal to another.

I found it such a relief to connect the dots between my specific type of childhood angst and my extreme reaction to an ordinary technical support nightmare. Making that connection immediately diffused my emotions around it. I was still frustrated—may I remind you it was a technical support call—but I wasn’t “ballistic-frustrated.”

Why does something attached to childhood carry so much force? Remember that children have very little control over their lives. They have limited ability to have experiences that test the worldview presented to them. They have little ability to communicate their needs. They have little power to resist the authority around them. Problems seem so big when children are so small.

Not anymore! As adults, we have power, resources, experience, and a much broader perspective than we ever did as children. We’ve learned a thing or two.

I’ve been around long enough to know that even if there isn’t an immediately obvious solution, I’ll probably figure it out, or find someone else who can. I’m no longer helpless, powerless, or incapable. The kid in me forgets that sometimes and throws a tantrum.

Think about a situation that makes you crazy. What part of you is reacting to the situation? Is it the five-year-old in you that felt ignored and taken for granted? Is it the angry teenager who felt oppressed and smothered? Is it the scared ten-year-old who feels insecure and incapable?

Am I ultimately saying that our negative emotions around those things that trigger us all are unjustified? Not at all. I’m saying our reactions to them can be overblown.

When we are triggered emotionally it’s a signal that something from our past is surfacing. Once I was able to disconnect my past from my present, my emotions diffused and I was no longer able to be triggered. I had a clear enough head to be able to handle the problem with out all of the angst.

I eventually found someone to help me with my e-mail. He was, in fact, a rare find. Now I’m thinking about getting rid of cable and moving to Internet-based television. I’ll tackle that when I feel I’m in the right state of mind and have some extra time on my hands. In the meantime, maybe I’ll create a national network of Technical Support Support Groups.

Paula M. Jones, Esquire has been practicing law for twenty-five years.  She writes to help other professionals identify and realize a satisfying, purpose-driven professional career – one that is an integral part of a well-balanced life.  Visit her web site at www.paulamjones.com and on Facebook.