Tiny Wisdom: Letting Go of the Stress of Rushing
By Lori Deschene

“Half our life is spent trying to find something to do with the time we have rushed through life trying to save.”  ~Will Rogers

It was like a scene in a movie. I was waiting to cross the street while pedestrians were crossing the perpendicular one. A number of cars were piled up, with drivers waiting to turn when the people made it to the sidewalk.

Several impatient drivers honked, as if they didn’t understand why the first one wasn’t going. So that first guy stuck his head out his window and yelled at the pedestrians, “Come on—hurry up!”

Then one of them yelled back, “I’m &%*#ing pregnant %$*hole. So shut up!” (No swearing here—this is a family friendly place!) She was pregnant—visibly. Meaning that first driver either didn’t actually look at her, or knowingly yelled at a pregnant woman because people behind him were applying pressure.

This got me thinking about an accident I read about many years ago. Several cars were stopped, and a woman behind them couldn’t see why, so she sped into the left lane to pass them—fatally injuring a third grader who was crossing the street.

Both situations boil down to urgency—that need to keep moving, and quickly. This not only fills us with anxiety and compromises our judgment, it also affects everyone us.

It can cause us to be careless in ways that directly impact others, and it creates an environment of tension that creates stress for everyone within it.

It’s when the person serving customers feels the need to run because he can sense people in line are getting impatient (or worse, he’s responding to criticism from them). It’s when you don’t really hear what someone’s saying to you because you’re too busy thinking about what you want to get done—not later, but right now, instead of having to listen.

We might gain five minutes we could otherwise have lost. We might get a sense of accomplishment for finishing one extra item on the to-do list. We might feel a sense of control instead of having to stand still and feel stuck or unproductive.

But we might also lose our peace, our composure, and opportunities to really connect with other people.

Wherever we are, this is life—it’s happening right now. Do we really want to rush through it? 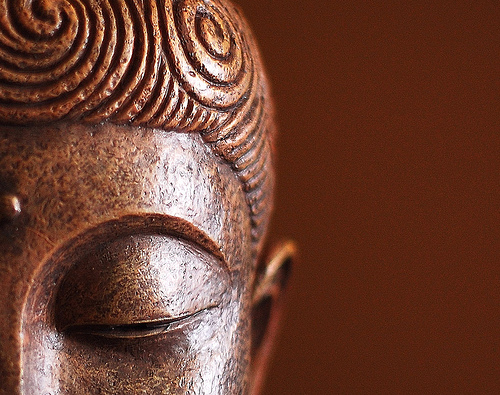