Before I left for my two-week holiday family visit, I asked my boyfriend to wash our sheets before I returned. I hoped to come home to a clean, organized apartment, with everything as I left it. That is not, however, how things panned out. Instead, I came home to a somewhat disorganized space and a pile of dirty towels—along with an empty refrigerator.

My boyfriend told me he’d been busy, and he didn’t have time to do all the laundry or go food shopping. I translated “I didn’t have time” to mean “I assumed you’d do it when you got back.”

At first, I felt annoyed. I thought, “I wouldn’t leave laundry for you,” “I would have bought at least some staples in case you were hungry,” and a few other righteous gripes about his domestic shortcomings.

I was going to let him know it’s not okay to take me for granted, but then I realized something: I was assuming his actions meant that, when they may, in fact, have only meant exactly what he said—that he got backed up and didn’t have time.

So instead of expressing my dissatisfaction with the expectations he didn’t meet, I expressed exactly what I felt: “When you say you don’t have time to do things around the house, I sometimes assume you expect that I will do them.”

He responded, “I don’t expect that at all. I expected I would do them later tonight. I know you’re busy too.”

This right here, I suspect, is the cause of most conflict in relationships: one person does something or doesn’t do something, and the other makes assumptions about what it means.

I have done it many times before—assumed the worst in someone I love because they didn’t do what I would do. But this rationale fails to consider that other people have different ways of doing things, and they have no idea what meanings we’ll assign when they choose to do things their way.

They also can’t know precisely what we expect unless we express it. I asked my boyfriend to wash the sheets, and he did. But more importantly, he’s a thoughtful, considerate person on the whole, and this one incident was not a big deal in the grand scheme of things.

We have a right to communicate when we feel hurt or offended, but maybe love is learning to be hurt and offended less often. The people we care about are generally doing their best—love is recognizing that instead of assuming the worst. 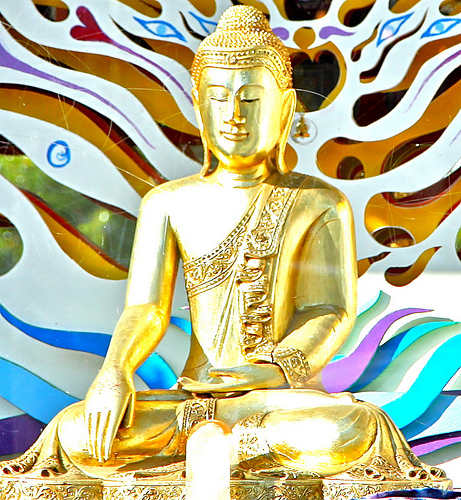 *I added this to the comments, and I decided to add it here: For anyone reading this who feels an overall sense of over-compromising–and as a result sacrificing their needs and losing touch with their values–please know this post is not for you.  This post is for anyone who, like me, is in a happy, healthy relationship, romantic or otherwise, but gets annoyed by little unmet expectations here and there.

Why I Believe That Feeling Offended Is a Choice