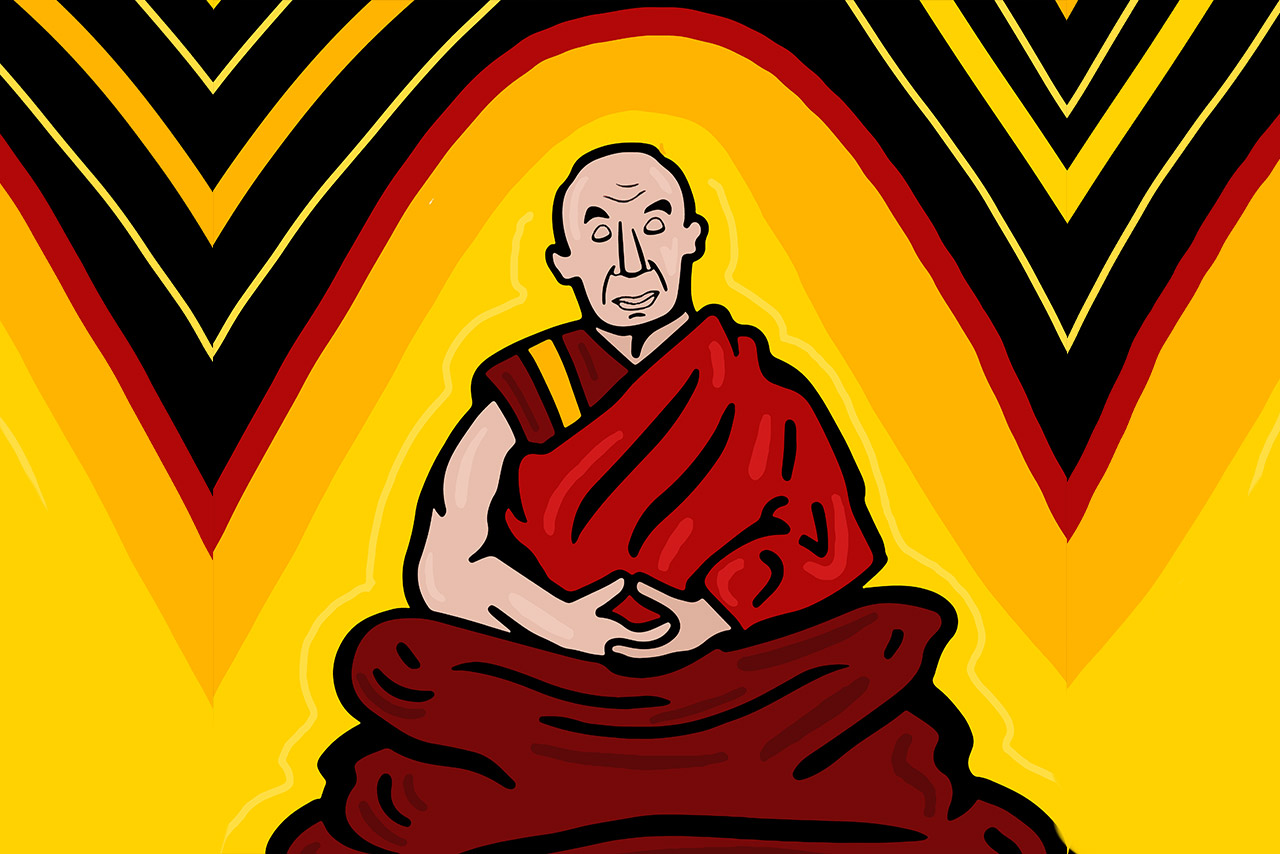 The winners for this giveaway are:

If your name is listed above, please email your address to me at email@tinybuddha.com so I can get your CD set out to you!

Hi friends! I’m excited to share that the Dalai Lama has released his first music offering, an 11-track album of mantras and teachings set to music, and I have five free CD sets to give away to the Tiny Buddha community!

The CD set was actually released just recently on my birthday, August 28th, after a July 6th release on digital platforms to honor the Dalai Lama’s 85th birthday. Upon the digital release, Inner World debuted at No.1 on Billboard’s New Age Album chart.

The set features 2 CDs in a beautiful, case-bound, hardcover package, along with a 28-page booklet with stunning artwork and explanations of the mantras and their benefits.

CD 1 is the standard Inner World album while CD 2 features a disc of album instrumentals.

“The messages couldn’t be more poignant for our current social climate and needs as humanity.” ~USA Today

“Fusing music with Buddhist chants, His Holiness uses his resounding voice as an instrument, reciting traditional Tibetan Buddhist prayers and presenting teachings on issues close to his heart.” ~Tricycle

The origins of Inner World began in 2015, when one of the project’s co-executive producers and a longtime student of The Dalai Lama, Junelle Kunin, wrote to him requesting his participation. She felt that an album by such a compassionate and wise being would help people who struggle with emotional stress. And he agreed.

She and her husband, Abraham Kunin, spent the next five years working with a small team to bring the project to life.

The Dalai Lama’s recordings have been thread through music composed by Abraham and performed on thirty-plus instruments by himself and a cast of collaborators from around the world. The composer integrated the live performances with artful programming and production, building a peaceful bedrock for these sacred offerings.

Net proceeds from the sales of Inner World will go to The Gaden Phodrang Foundation of the Dalai Lama, chosen program: Social, Emotional, and Ethical Learning, an international K-12 education program.

How to Enter the Giveaway

To enter to win one of 5 free CD/booklet sets, leave a comment below before midnight PST on Tuesday, September  8th.

You don’t need to write anything specific, but if you’d like, you can share your favorite quote or affirmation to inspire other community members who scroll through the comments.

I will list the winners’ names at the top of this post on Wednesday, September 9th. Please note you’ll need to check back here then to see if you’ve won so you can email me your address.

If you’d like to order Inner World now, you can get the 2CD and book edition here.