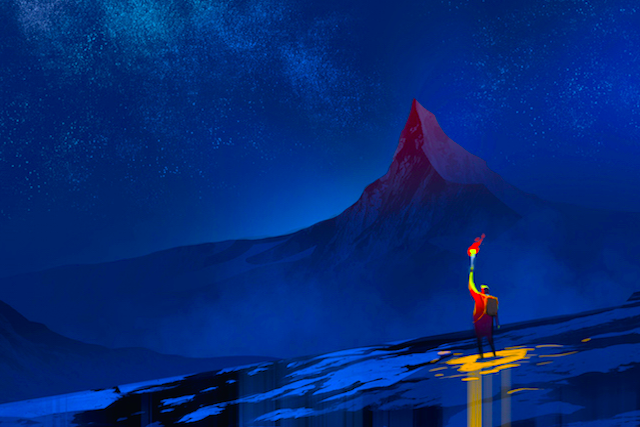 “What I know for sure is that you feel real joy in direct proportion to how connected you are to living your truth.” ~Oprah Winfrey

If we cannot live in and from our truth, then we cannot be authentic. The process of self- actualization is not striving to become the person we are supposed to be. It is removing what is not true for or about us so that we can be the person that we already are.

The hardest part of living in my truth was coming to understand and accept that it didn’t matter how anyone else experienced my childhood and my life but myself. That includes my father, mother, and three siblings. It also didn’t matter how others were affected or not. For our recovery only our truth matters

Why is standing in our truth so important? It is impossible to build a solid life on a foundation of untruths, lies, denial, fabrications, and misinterpretations.

Many of us have built our lives according to what we were taught and what we gleaned from a childhood spent in dysfunctional homes. We were asked to play a role that served our dysfunctional family system and not ourselves. We learned not to question the status quo, to follow unwritten rules, to live in denial and fantasy.

Growing up I thought my family was fine; everyone else was messed up. I thought everyone’s mother drank themselves into a stupor on a daily basis and everyone’s father had become a ghost. Neither of my parents was available for support or counsel.

I was no good, according to my father’s constant criticism, and would never amount to anything. I was a good football player and I would come off the field feeling I’d played a good game. That was until I reached my father and all he wanted to do was to talk about the block I missed or the tackle I didn’t make.

Slowly, I stopped to try to impress my father, and eventually I stopped trying anything at all. Then I found drugs and alcohol during the summer between ninth and tenth grade.

I fell in love with partying and cared little for anything else. I quit football immediately and later quit school altogether. I was a sixteen-year-old boy making life decisions by himself due to his parents’ dysfunction.

Little did I know that no one looks favorably at partying skills, and they get you nowhere in life. It took me thirteen years to figure that out, after which I went to rehab and have been clean ever since.

I don’t think that I lost myself; it’s more like I never had myself. I was just pieces of those around me. I had tried so hard to be who everyone wanted me to be that I left myself behind.

I had spent my life being who others wanted me to be—who I had to be to get by, to be safe, to fit in, to not make waves. I no longer knew who I was, who I wanted to be, what I liked, and what I believed. I had been a chameleon for so long and had shape-shifted so many times that I didn’t know who I was.

This never hit me as hard as when I was a new member of an Adult Child of an Alcoholic therapy group. One of the older members confronted me during our check-ins. He said, “I don’t care what your sponsor or father thinks or what anyone else thinks; I want to know what you think.”

In working with that statement I came to realize that I didn’t have many original thoughts or beliefs. That I had let other people and events decide who I was for me.

“What you live with you learn, what you learn you practice, what you practice you become, and what you become has consequences.” ~Earnie Larson, a pioneer in the field of recovery from addictive behaviors

It is devastating when you realize that you are inauthentic. That in some ways who you are and what you present to the people and the world around you is a lie. On the other hand, this awareness is also a blessing, because without awareness there can be no change.

I realized that I would not be able to find my truth while being subjected to the influence of my family. That I had to spend time away from them to do the work needed. That doesn’t mean that I had nothing to do with them. I just kept my time with family members short and superficial.

I also began to spend time with myself contemplating and writing in my journal. I began to question my beliefs, understandings, and positions.

John Bradshaw talks about coming to realize that the thoughts we are thinking aren’t our own. That it is someone else’s voice in our head and we need to determine whose. For me, I came to realize that so much of the self-critical thoughts were actually criticisms my father had of me that I had chosen to own.

In recovery, we say that “everything that we know is up for revision, especially what we know to be true.” In my own search I was so confused and uncertain of my truth that I had to start with discarding what I knew was not true—the things my father had told me, for example. The things that I was unsure of, I had to try on and drive around the block for a while.

Today I am aware that my search for the truth is a spiritual endeavor, which includes prayer, meditation, and contemplation. My hope and prayers are that all who read this will strive to find and live in and from their truth.

Paul Helwig is a certified life coach, speaker, author, and recovering addict with over twenty-eighty years clean. He uses his experience as someone who has healed from sexual abuse, a dysfunctional childhood, and drug addiction to help others in recovery. He believes that inner child and dysfunctional family work are two greatly underused areas of  healing, and he's made it his mission to change this.

Pushing Yourself to Try When You’re Afraid of Failing