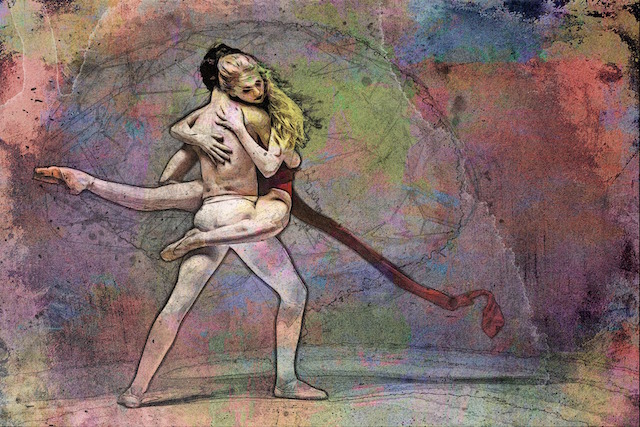 “When you stop chasing the wrong things, you give the right things a chance to catch you.” ~Unknown

I might be addicted to feeling good. I’m no stranger to pleasure, and I want what I want unapologetically. But there’s a conflict that arises when one of the things I want is distracting me from having an even bigger thing I want.

My story is so common, it’s almost cliché.

Man and woman meet on Tinder. They are both vague enough about what they want that they dive in without really knowing where it will go. They develop trust, intimacy, and discover shared values and approach to life. Along the way, they get clearer about what they want.

Said man and woman decide they aren’t on the same page in terms of where their relationship is headed. They break up so each can happily pursue the thing they want. The problem is, they still really like each other. They still want to stay connected to the other.

We had been texting and talking on and off—less frequently, but still consistently in those almost three weeks. For the sake of staying connected, I went to dinner with my ex-boyfriend. Twenty days post-breakup, to be exact.

We flirted. We talked. We laughed. We were brutally honest about how hard it was to sit across the table from each other acting is if we were not boyfriend and girlfriend.

We felt like we were lying to ourselves and each other. Something about it felt less than authentic.

As each of us softened around the edges, letting our guards down about what this was “supposed” to be, we decided to just be real with one another. The desire mounted. And then it was like trying to put the brakes on a freight train—it was moving too fast to stop.

Back at his apartment, the intensity of our desire for one another was undeniable. We succumbed to the immediate gratification of how good it felt to be together. To be so familiar and connected, and yet off-limits enough to be really hot. In the moment, it felt so, so satisfying.

But in the aftermath? Nope, I was not satisfied at all. I woke up feeling like I’d lost twenty days worth of traction in creating the space in my life to allow for the relationship that I really want to become available.

Now I was back to being tangled up in my feelings about how much I really care for this man, and why can’t this work, and blah, blah, blah. I felt really torn, and like I was experiencing the feelings that led to the breakup all over again. And I was so frustrated because I should know better.

When we had been together, my ex was perfectly happy with the way our relationship was going. It was connected, extremely intimate, but still casual enough. I was the one who wanted more. I wanted to put a stake in the ground and grow something.

Given this, I knew I couldn’t expect him to be the one to cut things off. Why would he? If I really wanted the bigger relationship that I know is possible (with someone who wants to give it to me), I was going to have to put on my big-girl pants.

It’s like deciding you want to get in shape. You commit to getting up early the next day to go for a run. But later that day, you decide you really want ice cream. So you indulge.

And then the next morning comes. Your body feels heavy and hungover from the sugar. The idea of running seems pretty miserable, let alone actually doing it.

Getting in shape starts to feel a whole lot less appealing, and maybe more ice cream is a good idea. The whole thing unravels. You settle for ice cream instead of having a body that functions in the way you really want it to.

But overdosing on ice cream always gets old. There comes a moment when the voice of the bigger thing creeps up again and haunts you. “Wouldn’t it be great if your body felt better? Wouldn’t you like to be able to climb stairs without the heavy breathing? How would it feel to wake up in the morning with your back not hurting?”

At some point, you have to decide which one is more important to you: feeling good in the moment or feeling better in the long run. One calls for more discipline, postponing gratification in pursuit of the bigger thing. The other feels really good right now, but a lot less so later.

Sometimes acknowledging the big thing we want is painful. Painful because we don’t really know if it exists, or if we can have it. It’s vulnerable to wonder if you’re spending energy on something that may never come to be.

Add to it the question of “Did I let something really wonderful get away because I was so attached to it being on my terms?” and it’s a wonder I’m not completely paralyzed into settling.

But in my world, settling isn’t an option. The voice of the bigger thing is really loud, and it won’t let me forget it or discard it in favor of something more readily accessible (not for long, anyways). I consider this a really inconvenient but poignant gift.

As soon as my car pulled into my driveway, I dialed the phone. “I need us to not have any contact for the next two weeks. Maybe more. I’ll let you know. I hate that this is so difficult, but I know we will find the way that is right for both of us.”

It’s time to cut the addiction. I know the withdrawals are going to suck for a while. But the days ahead will be better. The days when it is out of my system, and I can get back to the things I know for certain, instead of chasing my next fix.

Rachel Paz is a relationship-readiness coach for independent women who want relationships without giving up lives they love. Read more of her thoughts here, and check out her free guide to Never Settle Again: 7 Everyday Behaviors Setting You Up To Fail here, and learn about her course, Love, Don’t Settle here.

Battling with Your Body: 4 Simple Tips for Overall Well-Being

Avoid the Pain of Emotional Eating and Transform Your Mood