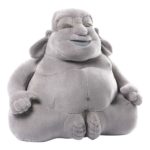 Very old bass playing grandpa who was kicked onto the path to spiritual freedom by the heartbreak of a final traumatic break up of his last love affair .. and who is now eternally grateful to his ex and her new love interest for the lessons he has learned in the process of "recovery".