Why I Was Addicted to Attention, Lies, and Drama
By Vironika Tugaleva 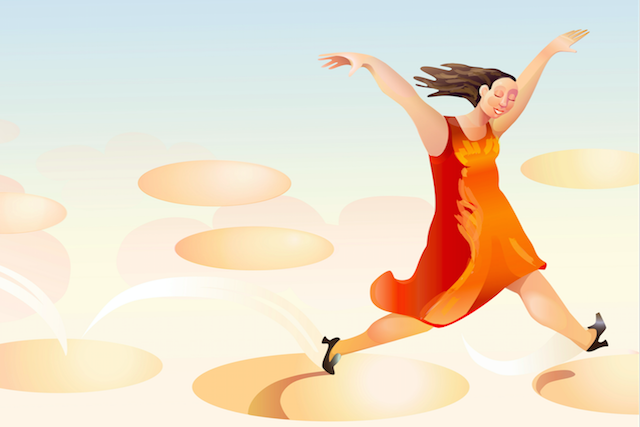 No one wants to be labeled as an “attention seeker.” When people say, “She’s just doing it for attention,” they don’t mean it as a compliment. I knew this. And I knew that people said these things about me.

And still, I couldn’t stop.

I spend a lot of time around animals, especially cats. It’s easy to see which ones have experienced starvation. They have constant anxiety about food. They meow and meow when it’s feeding time. They scarf their portions down without breathing. If the bowl is left full, they’ll eat whatever’s there—even if it’s a week’s worth of food!

I was that cat with attention. I could never get enough.

When you’ve been starved of something, you develop a fear of losing it. You begin to cling to every morsel of what you’re desperately afraid to live without. Survival mode.

That’s what it was like for me: constant survival mode. I felt like, at any moment, I was going to be abandoned, left alone, forgotten. I fought to be noticed. Fought to be heard. Fought to be “loved.”

But despite my constant attention-seeking efforts, I never got what I truly wanted. I never felt loved for exactly who I was because I never showed her to anyone! I showed the world the person I thought it wanted to see, and I used other people as characters in my personal drama.

So that is the biggest irony: because I was so desperately hungry for love, I couldn’t have it. Because I so deeply craved attention, I repelled people away from me. Then, these experiences reaffirmed my biggest fear: there wasn’t enough. I wasn’t enough. So I’d grasp more, cling more, lie more.

Too often, people talk about attention seeking like it’s a character flaw. I see it as an addiction.

When we’re trying to fill a love-sized hole, it doesn’t matter what we’re trying to stuff into it: drugs, money, alcohol, approval, sex. If it’s not love, it won’t truly satisfy us. We’ll keep wanting more and more.

My journey of healing my attention-seeking patterns has been long and painful. One of the most painful things has been realizing that most people weren’t reacting to me the way I thought they were.

I used to brag loudly in public, imagining people around me admiring and envying me. Now, I realize that most of them were either ignoring me or annoyed by my antics.

I used to stretch every accomplishment, imagining people respecting me. If it was two, I’d say five. If it was 100, I’d say 300. If it was one minute, I’d say an hour. Now, I realize that most people either didn’t believe me or used my lies to reinforce their own insecurities.

I used to make a tragedy out of every pain and a drama out of every inconvenience, imagining people pitying me. Now, I know that most people either felt stuck in the cloud of toxicity that surrounded me (because of their own unhealed traumas), or they avoided that cloud like the plague.

The world, I’ve discovered, isn’t quite the place I thought it was.

I was so busy talking and talking, lying and lying, that I never sat down just to listen. And that is what helped me heal: looking within myself, looking around me, and embracing reality.

Attention seeking, for me, was a kind of self-protection. On my journey of healing myself, I’ve found that self-love and self-protection aren’t the same thing. I had to remove my armor and my mask. I had to face the truth.

Beneath my defense mechanisms, I found a fragile, wounded part of me that was traumatized by childhood experiences—by emotional starvation. But this part of me wasn’t fragile because of the wounds I incurred as a kid. It was fragile because I tried to protect it.

After I got hurt, I tried to hide myself away. I tried to create an elaborate fantasy world to protect myself from rejection and abandonment. I piled layers and layers of bandages on top of my wounds, but wounds need air to heal. I tried to keep myself safe, but I ended up suffocating myself instead.

I wasn’t lying and creating drama “just for attention.” I was doing it to survive. I was grasping for scraps of approval to replace my desperate hunger for real love, for authenticity, for happiness.

On the outside, it seemed like I wanted other people’s attention. That’s what I thought I needed too. But what I really needed was to pay attention—to be able to just exist in each moment without struggling. To be able to look at myself without running away. To look at people without being afraid of them. To have peace of mind.

Maybe you know someone who’s stuck in these patterns. Maybe that someone is you. However this applies to you, I hope to communicate one important thing: attention seeking is a symptom of a bigger cause.

Healing these patterns takes time. Every step along the way, it’s been difficult for me to invite reality to replace my delusions. It’s been hard to allow myself to be raw and open instead of trying to protect myself from pain.

But this healing journey has also allowed me to enjoy real affection: from myself and from others. And that has been worth all the hard work.