Letting Go of the Victim Label: The Past Will Not Define Me
By Eboni Kelly 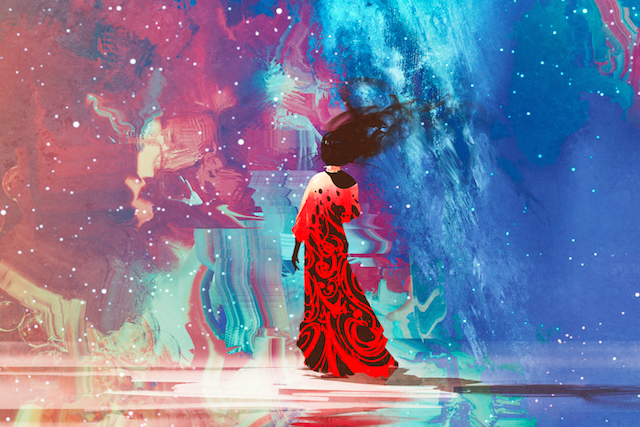 TRIGGER WARNING: This post deals with an account of domestic violence and sexual abuse, and may be triggering to some people.

It wasn’t long ago that I lived my life as a professional victim.

It wasn’t intentional, but somewhere along the way I had internalized the fact that my victimhood gave me an excuse to remain stuck. As long as I was a victim, I had a reason to wallow in sadness and self-pity, a reason to not move forward, and sympathy that was poured upon me like praise—because no one wants to shame the victim, right? So I put on my victim’s Badge of Honor and remained firmly planted in the past.

The thing about being a victim is that it doesn’t end there. Resentment is not far behind, and I soon found myself immersed in resentment. After all, I never asked to be born into a household filled with domestic violence, nor did I ask be molested by someone I shared the same bloodline with, but it happened, and I resented it.

I knew what it felt like to be awakened in the middle of the night by screaming voices, dishes crashing against walls, or the volume on the TV up as high as it could go, because if he was angry, no one was getting a good night’s sleep.

I knew what it was like to wish for death, because death was better than terror.

I knew what it felt like to live in a household where everyone walked on eggshells because the alternative was an encounter with rage.

I knew what it felt like to have a dysfunctional childhood while others had what I thought to be a fairytale life, and I resented it.

I could not reconcile why some children were born into wealth and privilege and I was not. I did not understand why my family, which should have been a safe haven, was the exact opposite. Why were some children loved and adored, and I molested and used? It wasn’t fair, and I wasn’t going to let life, or anyone who would listen, forget it.

I didn’t ask for that life, I was a victim, and had earned the right to complain about it as much as I saw fit. I did not realize that I had the power to overcome everything I had experienced, and maybe there was a part of me that didn’t really want to. I knew who I was with my experiences, but what was my identity without those stories? It was time that I found out.

It took a while for me to even realize that I needed to let go of the victim label, but thankfully the day came. It became too much effort to be sad and depressed about something that happened, and was not changing.

I began to read every self-help book I could find in hopes that one of them held the key to my emotional relief. I began attending counseling sessions and put forth the necessary effort to get the most out of each session. Then, one day it happened. I woke up knowing enough was enough.

No, life wasn’t fair, but this was the only life I had, and I had better make the most of it. I knew that in order for me to move forward, I had to accept this fact. My experience was my experience, and nothing was going to change what happened to me, but I could surely change how I responded to it.

The first thing I did was remove toxic people from my life. I understood that as a child I had little control over the people I was exposed to, but as an adult, it was my responsibility to set strong boundaries, even if that meant removing some people.

This was no easy task, and I immediately felt waves of fear and guilt. I was so used to not having boundaries, and being expected to accept bad behavior just because it came from family. Still, I followed through with my plan to set boundaries or to sever ties completely.

Next, I began to follow the advice I had received from literally hundreds of self-help books. I began to retrain my mind from the mentality of a victim, to one of strength, poise, and success.

Almost immediately, I stopped feeling sorry for myself and began to feel empowered and capable. Yes, I had bad experiences growing up, and yes, those experiences affected my life, but I did not have to let them define me.

I worked diligently to change my self-talk and I was very intentional about ensuring that I would make the most of my life. I had wasted enough years existing, and I knew that it was time to start living.

Retraining my mind became my full-time focus, as I knew that all success starts in the mind. I continued with counseling and was told that I had a form of post-traumatic stress disorder, which was evident from my having nightmares about the abuse in my home, even though I was an adult and in a safe place.

I learned that none of it was my fault, and that I did not have to continue to tell myself those stories. I had new stories to tell. We all do. You too, can move past the pain and hurt you have endured in this lifetime. You can forgive, even if you never forget, and you can move forward. It won’t be easy, but it will be worth it.

My transformation didn’t happen overnight, and neither will yours. I spent years studying the power of the mind, and being intentional in my desire to turn my life around.

Today I am free of toxic relationships and toxic thoughts. I’ve replaced my victim badge with a crown of success, love, self-confidence, and peace. And I replaced self-pity and sadness with a fierce determination to live my best life, free of resentment.

I recently met a man who told me he has found happiness all his life by learning to “play the hand he was dealt.” I smiled, because I had come into the wisdom that this is truly the only way to live, because “Things turn out best for the people who make the best of the way things turn out.” The choice is ours to make.

Eboni Kelly is a Fort Worth, TX based youth educator, domestic violence awareness advocate, and self-published author of fiction novel, Everyone Has A story to Tell, and self-help book, Love is an Inside Job. She is also the founder and blogger of inspirational brand, Good Enerji. She seeks to empower people all over the world to move past their pain. Check out her blog at www.goodenerji.com.