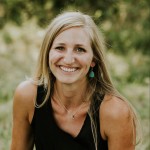 Ashley Arcel is a freelance writer and student Midwife. She is interested in writing as a way to fully embrace and explore the human experience and to celebrate the unique moments of joy and sorrow that are a part of individual discovery. She lives in Bozeman, Montana. Visit her at The Girl in Long Shorts.