Who Are You Trying to Prove Yourself To?
By Amy Eng 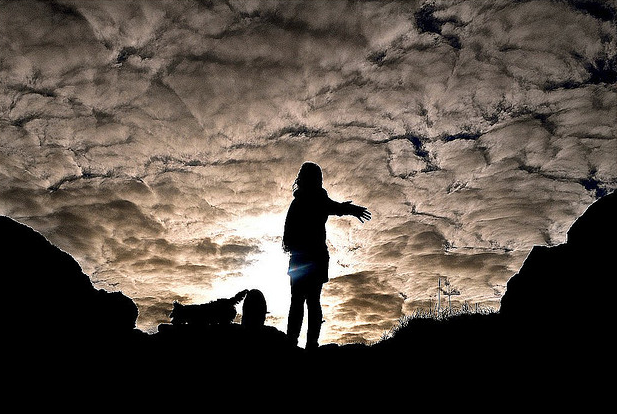 “If you don’t like something change it; if you can’t change it, change the way you think about it.” ~Mary Engelbreit

Some might say that their past haunts them like old ghosts. As for me, my ghost is my childhood.

I was raised in a moderately traditional family, as opposed to some overly traditional Chinese families where everyone lived by a thick rulebook.

Luckily, my family was a little more lenient, which I consider a true blessing. However, I felt as though my parents held me captive inside a glass box. Whenever I thought about being chained down from what I needed, I felt a part of me die.

I now realize that they never held the key to my escape. The horrifying truth came to light when an old, bitter anger rose up from within me a few days ago: I was my own captive.

Like I said, my ghost is my childhood. No matter how I’d trace and redraw the lines, I’d end up with the same result.

I was no angel as a child; in fact, I was far from it. I was a bad student, which was a big deal in my family, and my parents reacted just like any other parents would when they learned that their oldest child was being disrespectful.

Though I was merely a child, I understood exactly what they meant when they uttered those words. Luckily, I straightened out after being placed into a summer school because of my poor academic skills.

When I was young, a close relative who my parents trusted sexually harassed me. It was only when I was older that I understood what had happened, and I was enraged when I learned that my parents did nothing to stop it.

I felt like I was thrown to the side, used and unwanted because of what had happened. I thought it was a contributing factor to why I ended up the way I am.

Sometimes bitterness clings on even when you know you should let it go.

As I grew older, I started to immerse myself into the arts, painting and sculpting. I was far more interested in philosophy and traveling than my parents’ expectations of me, becoming a doctor or an accountant.

But I wanted to make them proud; I wanted to prove them wrong and maybe even erase their belief that I’d never amount to anything great.

When I arrived at college, my first course of action was to declare my major in the nursing field because I enjoyed helping others, and because my parents urged me to do it, since being a nurse meant earning big bucks.

Hope returned into their eyes. However, while volunteering in a local hospital, I soon came to learn that I could not handle being around dying patients because I would feel melancholy and get a little sick.

It was hard to tell my parents that I could not be a nurse for that reason. Eventually, they stopped trying to make my uncle, who was a doctor, convince me to become one. They lost their hope in me again, so they looked to my brother who had recently graduated from high school. Hope returned to their eyes while the old bitterness grew in my heart.

A week ago, I got a job offer to work in the education field—a field my parents say I was not meant for. The achievement that I earned did not feel so great anymore, and I felt unhappy about my accomplishment.

It felt as though my life was ruled by my parents’ opinions, and I felt like I could never be as great as my younger sibling.

After a few years of feeling like I’d never amount to anything as great as my younger brother, I realized that I blinded myself from seeing all of my accomplishments. I was too busy waiting for my parents to see me as an individual instead of a hopeless cause.

When I started to look back, I saw that there was nothing I could have done to stop what had happened to me.

Yes, it was an awful thing that happened, but there’s no reason to dwell over the past if it only pulls me down. There’s no point in remembering what my parents had said many years ago, because they were wrong, and people can be wrong.

So why was I still unable to let go of the memories that made me feel so small?

The answer came to light last week while I was free writing. I spent most of my life correcting myself and scolding myself for not doing better. I would remind myself of my past to encourage myself to overcome my weakness, but I’d end up hurting myself and blaming those around me for shaping who I’ve become.

It’s hard to let go of the past, especially when it haunts you and makes you feel like less of the person you actually are.

But if you learn to accept the past instead of wishing you could change it, it will no longer control you. You may also find that the person you want to prove yourself worthy to is you.

Amy Eng is a young rookie writer with a never-ending obsession for the arts, especially in sculpting. Her goal in life is to make an impact on someone else's life through whatever medium is at her disposal.

7 Things Your Inner Child Needs to Hear You Say

Healing the Inner Child: Free Yourself from Subconscious Pain