How Forgiving Yourself and Others Changes Your Brain
By Joel Almeida 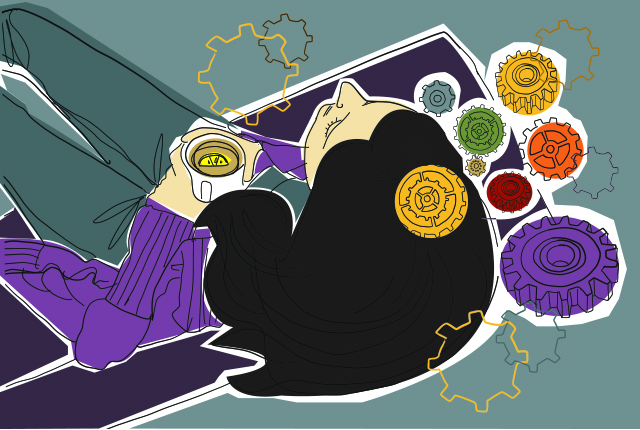 “Be quick to forgive, because we’re all walking wounded.” ~Anonymous

People often behave in ways that we find irritating, annoying, or worse. This can happen especially with people close to us.

They can speak with little consideration for the impact of their words. They can criticize us and pounce on our mistakes. Sometimes they do unfair things that seriously disadvantage or damage us. Or they let us down when we’re counting on them.

All these behaviors can lead to us feeling wounded. The scars can persist for years or even decades. The closer the offenders are to us, the greater the impact tends to be.

We deserve a chance to recover and show our better side. We’d like them to be more understanding and put a more favorable interpretation on what we did or failed to do.

However, it can be different when others behave badly. Often, we spend a lot of time and energy going over the way we were wronged, mistreated, disappointed, disrespected, or disregarded.

Dwelling on the perceived wrong kindles the fire of a grudge. The more we dwell on it, the bigger this fire grows.

Can this fire burn us?

One of my closest friends also played the piano, but not as well. It became a bit of a tussle between us. I was chosen, to my delight.

When we started playing gigs, a piano was not always available. So I took to the melodica, a little instrument into which you blow. It has a keyboard.

We started playing gigs, with quite a good response from audiences. Everything was going well, until we were invited to play a gig in a venue right near my home.

The melodica was at the band leader’s house, because we rehearsed there. I asked for it to be brought to the gig.

On the evening of the gig, my bandmates turned up. Unfortunately, the melodica could not be found. Apparently, it had been brought to the venue by the band leader but had disappeared.

This was a bitter blow. I had so looked forward to strutting my stuff before a home crowd. I rushed around to various people who might have a melodica, but could not find one.

The gig happened without me. I was downcast.

Eventually, the real story came out.

The melodica had been brought to the venue. The close friend I mentioned, who also played the piano, had simply taken it away and hidden it.

I was outraged. I felt betrayed, violated, and angry. I felt ready to run my friend over with a large truck.

We didn’t speak for a couple of years. Then I got an apology of sorts. Somehow, things were never the same between us.

I went off to medical school and our paths have never crossed since.

What happens to your brain when you cling to a grudge?

The parts of your brain that specialize in criticism grow more active. They feed on your thoughts about the grudge. The neurons involved lay down more connections, strengthening this response.

The next time someone behaves in a way that you disapprove of, your brain more readily jumps to criticism and judgment.

All that is understandable, you’re not alone in practicing criticism. But there’s a price to pay for this practice.

The same parts of your brain that criticize others also criticize you. You tend to become more unforgiving about your own mistakes. Self-acceptance recedes. It becomes harder for you to like yourself.

Further, this can lead to a cycle of mutual criticism between you and people who matter to you. It tends to weaken the supportive relationships we all need.

A recent study among 5,475 men and 4,580 women aged over 50 showed that a single point increase in negative social support score resulted in a 31 percent rise in the risk of eventual dementia. Negative social support is where you experience a lot of critical, unreliable and annoying behaviors from others, especially people close to you.

What can you do to start breaking this downward spiral of mutual criticism and self-criticism?

First, ask what stresses or problems may have led to the undesirable behavior. Try to find explanations that weaken the impact of the “bad” behavior on your mind. This is as true for self-criticism as for criticizing others.

Perhaps there were circumstances that led to you acting in regrettable ways. If you regret it, don’t wallow in the regret. Find explanations to understand why you did what you did.

Give yourself the gift of forgiveness, strengthen your resolve to do what is good and important going forward, then move on. This same gift of forgiveness may be given to others, recognizing that all human beings are vulnerable to errors or even terrible behavior.

Forgiveness is not the same as reconciliation with the offender. Reconciliation is the re-establishment of mutual trust. That requires a further step as part of negotiation.

But forgiveness can proceed regardless of reconciliation and mutual trust.

The more you practice understanding and forgiveness, starting with yourself, the more you strengthen the self-reassuring parts of your brain. These are the same parts that show empathy and compassion to others. They make you more accepting of yourself, with all your flaws and stumbles.

We all have flaws and stumbles. That’s okay. It’s part of being human.

If I could go back to my youth and replay my friend’s apology, I hope I would respond with more understanding. After all, if our positions had been reversed and I’d been blinded by envy, who knows what I might have done.

For a better quality of life right now, with more self-acceptance, and for a lower risk of cognitive decline, try loosening your grip on grudges. And be gentle with yourself when you slip up in this effort. The steering wheel of your life often requires a little time, patience and practice before you can turn it reliably.

Illustration by Kellie Warren. Find her on Instagram @kellistrator.

Set Yourself Free: 5 Things You Gain When You Forgive