How to Make Ordinary Relationships Extraordinary
By Cary David Richards 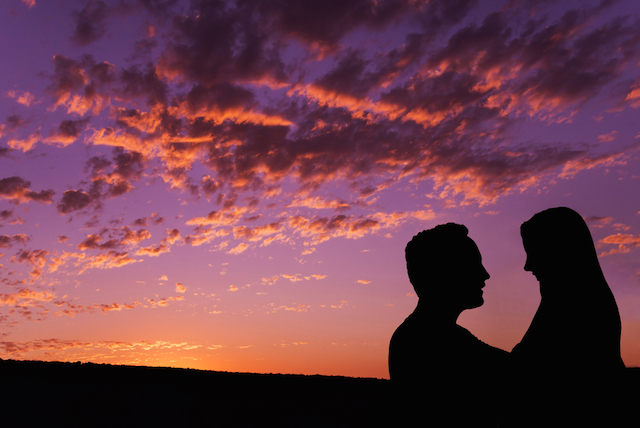 I’ve been married to my wife for almost ten years, most of them involving struggle and drama.

I had two failed marriages before that.

This qualifies me to give relationship advice because, well, let’s just say I’ve made every mistake someone could possibly make while attempting to be in a relationship, so I’ve definitely figured out how not to do it.

Blunders, confusion, and oversights, not to mention abject failures, have bludgeoned me into a few realizations—the most important one was that being a self-absorbed, insensitive jerk wasn’t exactly working for either one of us.

For so many years, the best relationship I can remember having was with my dog.

The thing is, watching Beauregard chase sticks, or sitting on the couch together watching football while he scratched himself behind the ear, was hardly going to be the next best-selling romance novel.

Don’t get me wrong; it wasn’t terrible. I mean, my wife Jeannie and I have never fought very much, but there was always an undercurrent of dissatisfaction and frustration.

It wasn’t terrible, but then again, it wasn’t great either.

Shouldn’t it be great?

Almost ten years into my third marriage, I decided that’s it’s never too late to take responsibility and be the catalyst for change.

My wife is a sensitive, caring, nurturing woman who loves her children and, I believe, loves me.

And I love her. I’m a devoted, faithful husband. So what was the problem?

Well, we had begun moving in our own little worlds. Together but separate. Our own interests and separate friends. We’d pass each other in the hallway occasionally.

Taking her for granted just snuck up on me. She deserved better, and I knew it.

Looking back, I can’t believe the amount of resentment and heartache I put her through, yet there she was almost ten years later—despite the frustration and bitterness, she was hanging in there with never a thought of giving up.

Then I had an epiphany.

If I were going to have the kind of extraordinary, fulfilling relationship with my wife that I knew we were capable of and deserved, I’d have to bring some focus and intention to the situation.

How to Become the Partner Your Significant Other Deserves

Bringing her flowers or cooking him his favorite steak dinner once every six months is kind of like putting a Band-Aid on a broken leg. It’s a nice gesture, but ultimately it won’t fix the problem.

No, I decided to take a more fundamental approach—changing my attitudes and behaviors so as to create a different paradigm to work from.

Here are the changes that had the greatest impact on transforming our relationship.

Give in once in a while (even if you think you’re right).

Picking your battles can relieve a lot of pressure. It dawned on me that I just didn’t need to be right about everything.

I stopped digging my heels in and standing my ground about things that didn’t make that much difference in the first place.

Sure, I still needed to set my boundaries, but now I make certain it’s something that’s truly worth fighting for. I found that most of the things we were getting upset over really weren’t that important for me to be right about.

I found that if you can just let go and give up your addiction to being right all the time, things will smooth out substantially.

You know the old saying. “Would you rather be right or happy?”

Sometimes I feel like a mistake machine waiting to be turned up to nine on the screw-up-o-meter.

We all charge off in the wrong direction occasionally, but some of the rock-headed things I’ve managed to pull off have been world class!

I concluded that the only way to feel good about myself was to forgive myself.

Once you’ve forgiven yourself, you can then ask your partner to forgive you. This will allow for a fresh start, and you can begin relating to each other in a more open and loving way.

Tell the truth (but maybe not every fact down to the smallest detail).

Being honest and forthright is the only way forward.

I’ve always been faithful, and I’ve been honest about the big stuff.

It was the $100 power drill purchase or the traffic ticket for sliding through the stop sign that I’d sweep under the table occasionally.

I’ve learned that it’s about integrity and how you feel about yourself.

Now I try to be open and aboveboard about everything I do. Even if I think it’s trivial and unimportant.

That being said, its best to be more sensitive to your partner’s feelings by not needing to share every detail about things in the past that have no bearing on the present or future.

For instance, things like the intimate details of prior relationships.

(There is a big difference between being open and honest and insensitively over-sharing.)

I know I mentioned earlier about how bringing her flowers or cooking him a nice dinner was just a Band-Aid.

Be that as it may, I’ve found that occasionally surprising your partner with something great can move the needle toward extraordinary quite quickly.

It doesn’t have to be anything expensive. (Or, it could be if it makes financial sense.) Just do something nice.

You know your partner, so you know what that thing is.

You’ll be amazed at how good it will make you feel to do something nice for somebody just because that person is your best friend, and they deserve it.

Giving your all is the key.

It can be very frustrating to feel that you’ve given your all to a relationship and not gotten as much (or anything) in return.

It’s been my experience that you can’t change or “fix” the other person unless that person really wants to change. But if you can stay in good communication with your partner, make sure your boundaries are set, and most importantly (if the relationship is important to you), don’t give up, there is an excellent chance your partner will sooner or later have an epiphany like mine.

This is what Jeannie did, and it’s one of the main things that eventually led to me waking up like I did.

The most important realization was that I needed to give much more to the relationship than I had been giving.

Every relationship is different, but I believe that if you practice the above advice, as well as maintain good-quality two-way communication, your relationship will move from ordinary to extraordinary.

All that’s required is a little focus and intention.

Jeannie and I could have muddled along the way we were, and things would have been okay, but I chose to make an effort to make it extraordinary.

Cary David Richards is an author, entrepreneur and vintage race car driver from Seattle Wa. He uses his years in the corporate sales trenches as well as a lifetime of trial, error and exhaustive study to bring information and strategies about relationships, abundance and productivity to those searching for a new path. Read more at improvedmindpub.com.

How to Live an Extraordinary Life, Starting Right Where You Are

Create an Extraordinary Life: 5 Questions to Ask Yourself Daily